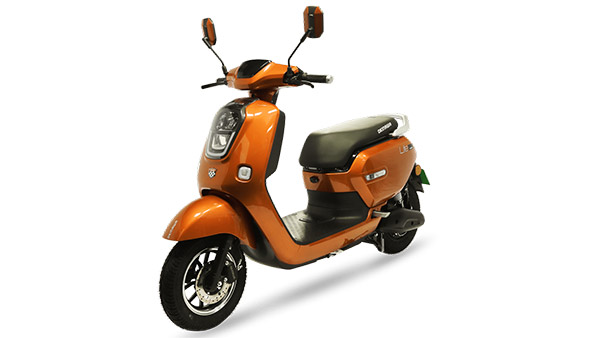 The company claims that the design of the scooter is inspired by a motorcycle, so the driving experience will be similar to that of a motorcycle. This scooter will be equipped with LED instrument cluster, Bluetooth and e-SIM connectivity feature. Through the smartphone application, information about the scooter’s range, riding habit, navigation and charging station will be available.

Okinawa has not yet shared information about the Okhi 90’s battery, range and electric motor. However, the company is expected to offer it with a lithium-ion battery pack, which will enable the scooter to deliver a range of 150 km on a single charge. The speed of the scooter can be limited to 80 kilometers per hour. The price of the Okhi 90 has not been announced yet. Hopefully the company will share its complete information soon.

Let us inform that Okinawa has inaugurated its second manufacturing plant in India on 14 February. The plant has been made fully operational and will help the company meet the growing demand for electric scooters. The new plant, located in Bhiwadi, Rajasthan, will help Okinawa expand its objective of local production.

At present, 92 percent of the components used in Okinawa’s electric vehicles are manufactured in India. The company imports scooter batteries from outside countries. According to the company, 100 percent localization in equipment manufacturing will be achieved in the coming few years. For this, the benefit of the PLI scheme of the Central Government is being given.

Okinawa is preparing to launch four new electric scooters in the market this year. The company can launch some such vehicles this year, whose launch has been awaited for a long time. The company had introduced some new models at the Auto Expo in Delhi last year, which included the Okinawa cruiser maxi scooter and the Oki 100 electric bike.

(Note: Images are used for illustration)