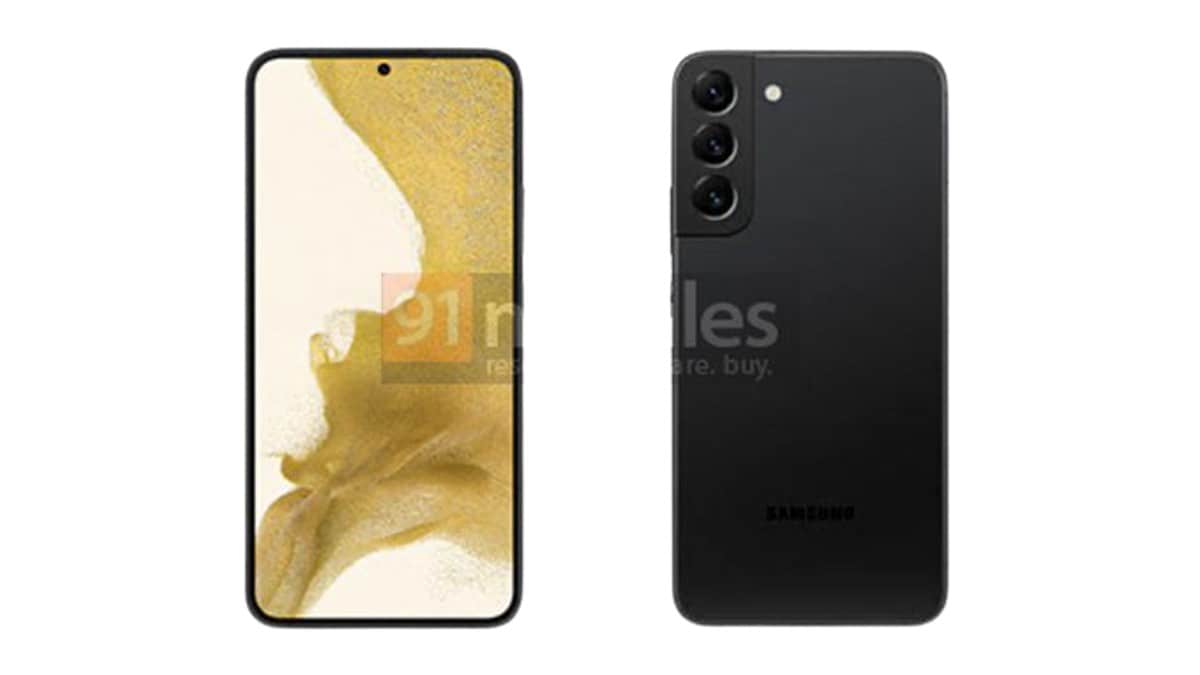 The series of leaks regarding Samsung’s Galaxy S22 series has started a long time ago. Now the official renders of this series have also surfaced online. Earlier it was said in the leaks that Gorilla Glass Victus Plus will be given in all three models of Samsung Galaxy S22 series. However, it is not confirmed whether it will be present on both the sides of the phone or it will be protected only on the front side. At present, some of its specifications have also been revealed in the official renders of the Samsung Galaxy S22 series.

Samsung Galaxy S22 series will have three models which include Galaxy S22, Galaxy S22+ and Galaxy S22 Ultra. Tipster Ishan Agarwal about the series Twitter But the render has been shared. The tipster has told how the Galaxy S22+ will look. The shared renders show a single punch hole at the front of the phone which will house the front camera. It is located in the center at the top of the screen. The phone shows thin bezels that are evenly spaced all around. Power and volume buttons are given on the right side of the phone.

Apart from the front design, the triple camera setup of the phone is also visible in the render. The company’s logo is shown at the very bottom of the rear panel of the phone. Its camera setup is said to have a 50-megapixel wide angle camera, which will be the primary sensor of the phone. Tipster has told that it will be equipped with Adaptive Pixel Technology so that better picture and video quality can be given in the phone.

The display of Samsung Galaxy S22+ is said to have a brightness of 1,750 nits, which will be with an adaptive refresh rate. The smartphone weighs 195 grams and will have a 4500 mAh battery. There will also be support for USB Type-C port and 45W fast charging for charging. There are many such features of the phone, about which no indication has been received yet. No official information has been given by the company about the phone. came last days leeks It was said that Samsung will organize the Galaxy Unpacked event next month in which the launch of this phone is possible. Many more information about the Galaxy S22 series can be revealed in the coming days.