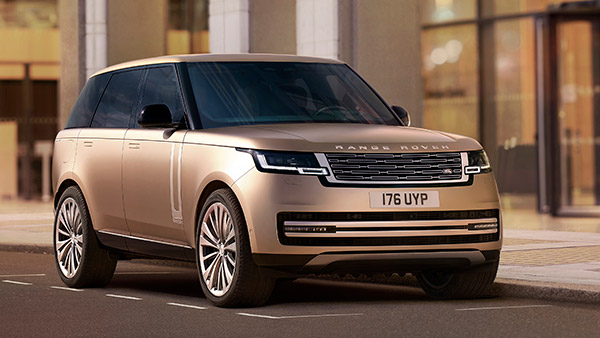 Customers of the new 2022 Range Rover will be available to choose from four variants including SE, HSE, Autobiography and First Edition. The new Range Rover is the fifth generation SUV built on the MLA Flex platform. The company has introduced the new generation Range Rover with new features and wide engine options.

The new Range Rover gets a new look at the front. At the front, slim LED headlight, horizontal grille and a large air intake grille have been given. At the same time, stylish lettering of Range Rover is also available on the bonnet. The rearview mirrors are kept in black colour.

The Range Rover is the company’s first SUV to get power assisted doors with integrated hazard detection and anti-pinch function. All the four doors have been given electrically assist feature, which are also controlled through the touchscreen screen of the SUV.

The SUV gets a new 13.1-inch curved touchscreen infotainment system with the latest version of Pivi Pro software, along with a 13.7-inch digital driver display. It also includes Apple CarPlay and Android Auto wireless, steering wheel and console with digital climate control.