Oben Ror e-bike gets 15000 units booking in 5 months, deliveries will start in October 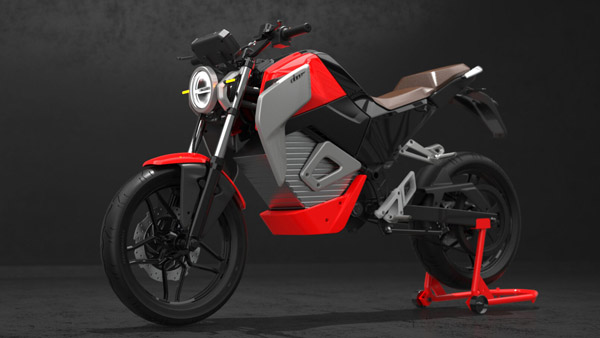 Oben Ror was launched in India on March 15, 2022, while its pre-bookings started on March 18. According to a report, Oben Electric revealed that the booking of the bike is going well. The company has received bookings of 15,000 units for Oben Ror from nine cities where the bikes will be made available in the first phase.

Oben will initially start delivering Roar EVs in Bengaluru, Hyderabad, Chennai, Pune, Mumbai, Delhi, Surat, Ahmedabad and Jaipur. The pre-booking amount for the Oben Ror was set at Rs 999 and potential customers booked the same through the company’s official website. For the time being, bookings for Ror have been temporarily suspended.

The company will first deliver a pre-booked batch of electric motorcycles to the customers and then start accepting new orders. Deliveries of the Oben Ror were expected to begin in May this year, but due to semiconductor shortages and other supply chain woes, deliveries will now begin in October 2022.

The Oben Ror uses a 4.4kWh capacity lithium phosphate battery pack. The bike is powered by a 10 kW electric motor that develops 62 Nm of peak torque. It has a top speed of 100 kmph and can accelerate from 0-40 kmph in just 3 seconds. Moreover, this electric motorcycle claims to run up to 200 kms on a single charge under ideal conditions, while it takes around 2 hours to fully juice up its battery pack.

The company says that the Rorr electric motorcycle has been completely developed in India and is also being made locally. Oben Rör is very attractive to look at. It gets a circular LED headlamp along with LED DRLs at the front. Apart from this, turn indicators and taillamps are also given in LED.

The Oben Roor gets telescopic forks at the front and monoshock suspension at the rear. Combi Brake System (CBS) has been given with disc brakes on both the wheels of the bike. The e-bike comes with an impressive 230mm of water wading capacity and 200mm of ground clearance.