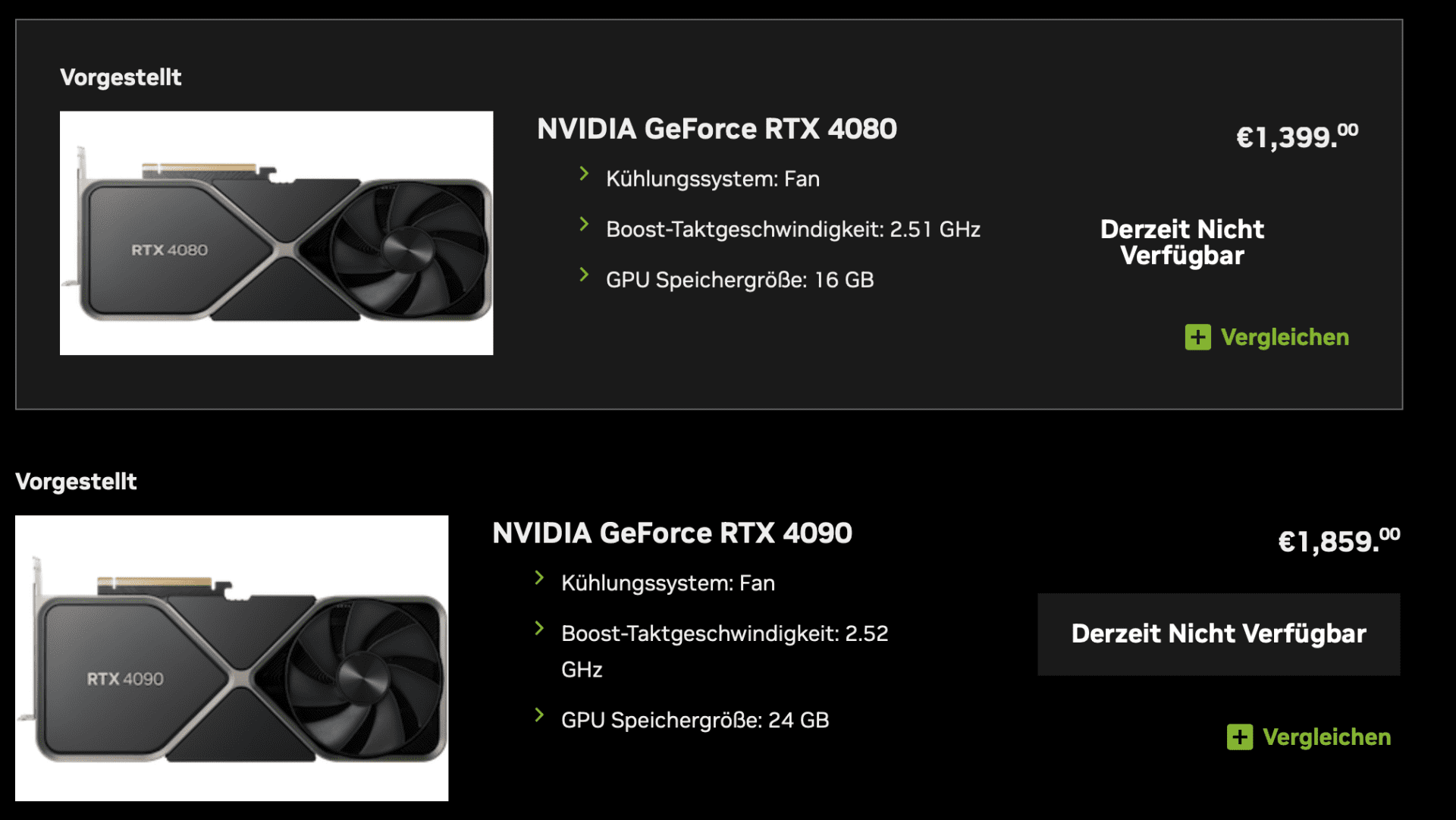 Nvidia unexpectedly decided to reduce the price of GeForce RTX 40 video cards. True, only in Europe and very slightly.

Now the recommended price of the RTX 4090 is 1859 euros against 1949 euros before, and for the RTX 4080 they are asking not 1469, but 1399 euros. That is, Nvidia dropped about 5%. As reported, the situation is due to the appreciation of the euro against the dollar. Actually, due to the fact that the euro exchange rate had fallen sharply earlier, the prices in Europe for many devices have increased significantly compared to the prices of previous models.

The indicated prices are recommended. In reality, for the RTX 4090 in Europe they are now asking for a minimum of 2150 euros, and the RTX 4080 will cost no less than 1387 euros. That is, the younger novelty is already being sold cheaper than the new recommended price, while the older card has not yet dropped even to the original recommended price.