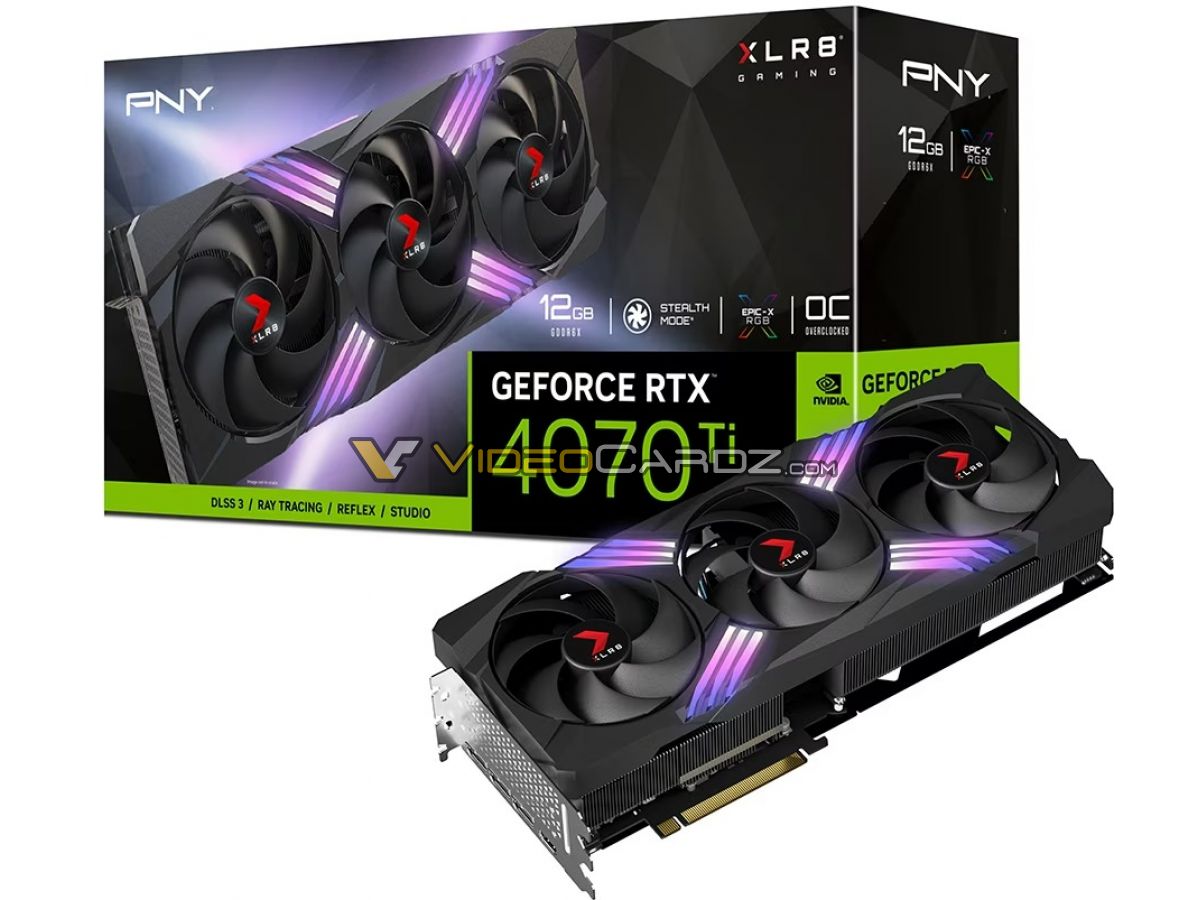 PNY revealed the characteristics of the GeForce RTX 4070 Ti graphics card before the official announcement.

However, this only confirms the fact that Nvidia did not change anything, and we are talking about the renamed RTX 4080 12GB, which after the announcement was criticized for the name and price.

Thus, the RTX 4070 Ti will definitely get 7680 CUDA cores, a 192-bit memory bus, and 12 GB of memory. The core frequency will be up to 2610 MHz. Like the older Ada Lovelace solutions, the novelty will receive a new 12VHPWR power connector.

According to reports, Nvidia will unveil the RTX 4070 Ti on January 5th. Previously, she was credited with a price of $ 900, so the new product will be a direct competitor for the brand new Radeon RX 7900 XT. True, in order to compete in terms of performance, the RTX 4070 Ti must be at least as slow as the RTX 3090 Ti.

Recall that today we also learned that RTX 4060 Ti will have fewer CUDA cores than its predecessor.