Now you will not be able to buy Yamaha MT-15 bike, the company has stopped the sale, know what is the reason 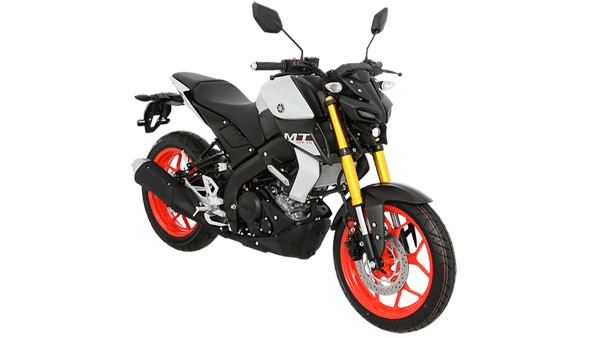 This is possible as Yamaha Motorcycles is gearing up to launch an updated version as the production of the current-gen motorcycle has been discontinued. Just a few months back, the type approval documents had revealed that the Yamaha MT-15 will be getting several important updates.

The company document lists changes in the size of the motorcycle, engine power and torque and the vehicle’s weight. It looks like the Yamaha MT-15 will get design changes, possibly with some changes to the engine and perhaps an up-side down focus.

All these updates will be in line with the modifications that the Yamaha R15 has received in its fourth generation. Changes can be made to the speedometer along with “Communication Control Unit Assembly (Bluetooth Dongle)” in the type approval document for the Yamaha MT-15.

Apart from this, it is quite likely that the naked bike may also get a modified instrument cluster with Bluetooth connectivity, as seen on the company’s Yamaha R15. Talking about its engine, it uses the liquid-cooled, VVA-equipped 155cc engine of the outgoing model.

This engine provides 18.5 bhp power and 13.9 newton meter torque. Talking about the features available in it, features like LED headlights, LCD instrument cluster and single-channel ABS have been given in this motorcycle.

Let us know that recently Yamaha has revealed the prototype models of its new electric scooters Neo and E01 for the international market. Both the scooters of the company are currently in the development stage and their final model will be introduced soon.

It is based on the E02 concept that was showcased by the brand at the 2019 Tokyo Motor Show. Yamaha is already selling the 50cc petrol-powered Neo scooter in select international markets. The biggest highlight of this upcoming e-scooter is that it offers battery swapping technology.

It is powered by a swappable lithium-ion battery pack that powers a hub-mounted electric motor that is expected to have a rating of around 2kW. Although the official details have not been disclosed yet, the Neo electric scooter will be introduced as a low-speed electric scooter.

The second electric scooter offered by Yamaha is the E01, which is expected to be in near production status. It is a more powerful scooter which is at par with the 125cc petrol scooter. It is based on the E01 concept which was also showcased at the same event as the E02 concept.

Some Japanese media outlets have already revealed the features of this scooter. As per the information, the E01 comes with three ride modes including Eco, Normal and Power. It gets a fully digital instrument console that shares important information like battery status, speed etc. Features like keyless ignition and Bluetooth connectivity can also be given in this scooter.