Now the Indian Army will also buy electric vehicles, know what kind of models will be included 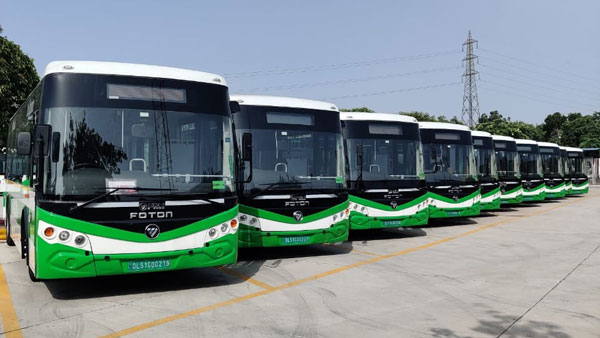 To promote electric vehicles in the country, the government has come up with many policies, under which huge discounts are being given to those who buy private vehicles. In such a situation, the Indian Army will also work towards reducing its carbon emissions over time and a roadmap has been prepared for this. While preparing it, all aspects including the location, operation of the army have been considered.

“The Indian Army has prepared a roadmap to add EVs wherever possible, which will reduce carbon emissions and reduce dependence on fossil fuels,” an army official said. At the same time, infrastructure will be created in the army unit to support the ecosystem of EVs, including charging points.

“These EV charging stations will have at least one fast charger and two to three slow chargers,” the official added. At the same time, the army is also planning to set up a solar panel powered charging station which is planned in phase wise. Presently the shortage of buses will be met by purchase of electric buses and soon the tender for 60 buses with 24 chargers will be floated.

Regarding the EV, the army said that considering the green schemes being adopted by the government, trying to reduce the dependence on fossil fuel, it is now necessary to adopt the changing environment. In the month of April, the Indian Army had shown a demo of available EVs in front of Defense Minister Rajnath Singh which included EVs from Tata Motors, Perfect Metal Industries, Revolt Motors.

The Indian Army has inducted Made-in-India Infantry Combat Vehicles to enhance its capability in the Ladakh region. It is said that these vehicles have been included to increase the activities of the army on the Ladakh border and to accelerate the delivery of aid. These infantry combat vehicles are specially designed to run in the valleys of Ladakh.

In such areas of Ladakh where it is impossible to move by an ordinary military vehicle, these combat vehicles can easily move army troops from one place to another safely. Not only this, weapons have also been installed in these combat vehicles, they can be controlled by sitting inside the vehicle.

Let us tell you that while handing over these new vehicles to the Army, Northern Army Commander Lt Gen Upendra Dwivedi personally piloted the new vehicle and said that these combat vehicles can be easily maneuvered in harsh areas of the region. Explain that these Made-in-India Infantry Combat Vehicles are fully armored and capable of protecting the soldiers sitting inside during combat from bullets and bombs.