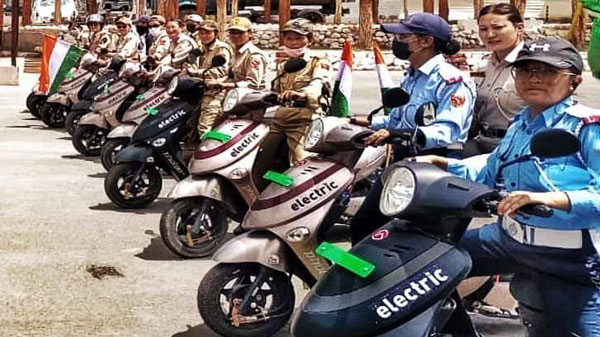 Let us tell you that Hero Photon Plus comes with 26 Ah Lithium Ion battery. The scooter is powered by a 1.2kW motor that delivers a maximum power of 1.8kW. This scooter can be driven at a top speed of 45 km/h. At the same time, it gives a range of 90 km on full charge. It takes five hours for the scooter’s battery to charge from 0-100%. The ex-showroom price of Hero Photon Plus in Delhi after FAME-2 subsidy is Rs.80,790.

The demand for Hero Electric vehicles has grown steadily over the years. Due to this the company is expanding its production capacity as well as opening new dealerships. The company has recently opened new showrooms in Uttar Pradesh and Kerala. Hero Electric’s production has also been affected due to the ongoing semiconductor shortage. Due to semiconductor shortage, the company did not dispatch a single scooter in April.

Okinawa Autotech is the second largest electric scooter seller in India after Hero Electric. Last month, Okinawa sold 8,554 units of electric scooters. In July 2022, the company had sold 8,096 units. In May this year, the company recorded the highest ever sales of 9,290 units.

Hero says that the company is aggressively working to increase its production capacity. Along with laying the foundation stone of the new plant in Ludhiana, the company has entered into a five-year partnership with Mahindra under which Mahindra will provide its technical expertise in developing Hero’s upcoming electric scooters.