Now if caught riding bike without helmet, license will be suspended, new rule implemented in this city 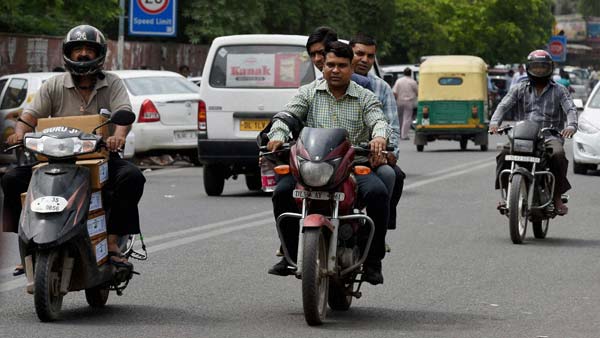 Apart from suspension of driving license, riders will also be fined. The city traffic police has given information about this new rule while making an announcement. The traffic police said that this concrete step has been taken to crack down on traffic violations.

He further added that “in addition, the offender will be sent to the nearest traffic chowk, where he will have to watch two hours of videos on defensive driving and traffic rules.” Let us tell you that in January, the Mumbai Police had started a unique initiative to discipline those who sound the horn when there is a red light at the traffic signal.

Mumbai Police installed decibel meters at select but heavy traffic signals to deter habitual horners through a campaign called ‘The Punishing Signal’. Joint Commissioner of Police (Traffic) Madhukar Pandey had given information about this.

He explained that “decibel monitors are attached to traffic signals around the city of Mumbai and when the cacophony exceeds the dangerous 85-decibel due to unnecessary horning, the signal timer is reset, thereby doubling the waiting time for all vehicles.” It happens.”

Thus, for those who honked the horns of their vehicles more, a line was broadcast that ‘More honk, more wait’, a punitive message that flashes on such noisy signals, causing their vehicles to horn. The people playing get controlled.