Now CNG kits will be able to retrofit old cars, Government of India to give approval soon 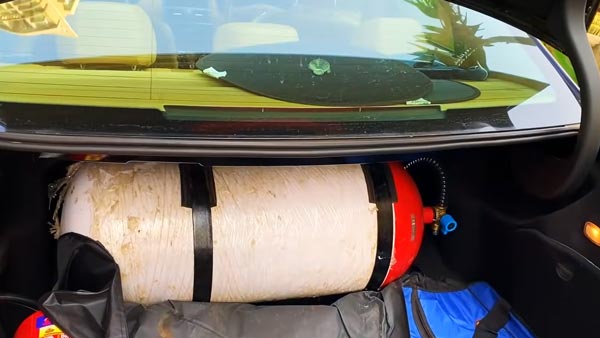 Officials said this demand was being felt for some time, as at present only BS-VI compliant vehicles are being sold across the country. As of now, vehicles that meet the emission norms up to BS-IV are allowed CNG retrofitment.

Giving information about this, Anil Chhikara, transport expert said that “It is a very positive step of the government, as CNG as a fuel will give a big relief to the common people from the high expenditure on petrol.”

Anil Chhikara further said that “Secondly CNG is a green fuel. Since the government has proposed to install CNG kit in vehicles with engine capacity up to 1500 cc, it will cover all cars and some SUVs as well.”

The change was necessary considering that “commercial vehicles plying in Delhi and its suburbs are mandated to be on CNG. The ministry has said in the draft notification that for vehicles with a Gross Vehicle Weight (GVW) of up to 3.5 tonnes will be allowed.”

He further added that “Type clearance for vehicles equipped with CNG kit in these vehicles shall be valid for three years and such approval shall be renewed for every three years at a time. The return of CNG in such vehicle kit shall be approx. 50,000 per vehicle.

But due to the savings in fuel cost, the owners will soon cover the cost of this fitment. Let us tell you that the price of petrol has reached Rs 100 per liter in many states of India. In such a situation, some automakers are selling factory fitted CNG cars in the Indian market.

Let us tell you that while Maruti Suzuki is one of the largest carmakers in the country, which has many CNG products in its portfolio and now recently Tata Motors has also entered this segment. Recently, Tata Motors has launched Tiago and Tigor with CNG kit.

The CNG models of the Tata Tiago and Tigor have been launched at a starting price of Rs.6,09,900 and Rs.7,69,900 (ex-showroom, Delhi) respectively. Tata Tiago CNG has been brought in four variants XE, XM, XT and XZ+, while Tigor CNG has been introduced by the company in XZ and XZ+ variants.

No change has been made in the engine of CNG cars as well. However, the power and torque output is lower than the petrol model due to the CNG running on it. The CNG engine of Tigor and Tiago provides power of 86bhp and torque of 113Nm.

However, the company claims that the performance of both the cars in the CNG model is similar to that of the petrol-powered model and will not feel as low power to drive like conventional CNG cars. It gets power windows, digital instrument cluster, Harman infotainment system, rear parking sensors, electrically adjustable ORVMs.