Now 6 airbags will be mandatory even in small cars, know how much more you will have to spend 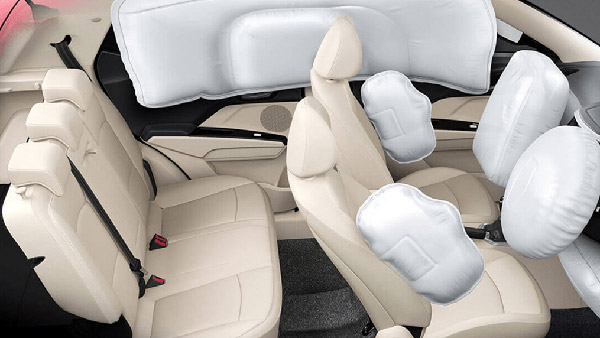 However, this is an existing rule under the National Highways Fee (Determination of Rates and Collection) Rules 2008 which mandates the distance between any two toll gates on National Highways to be 60 km. Apart from this, Nitin Gadkari also commented about 6 airbags in cars.

He further said that “the time has come for India to adopt more stringent safety standards and these standards should be for both vehicles and pedestrians.” Nitin Gadkari said that the safety standards can be increased by making 6 airbags mandatory in the cars sold in India.

The auto industry, already under stress due to semiconductor chip shortage and rising commodity prices, was astonished to hear Nitin Gadkari’s statement regarding the six airbag rule. RC Bhargava, President, Maruti Suzuki India has commented on this statement by Nitin Gadkari.

He said that “we haven’t even got there yet, so that means three years wasted and prices go up for other reasons, such as high prices for lack of material/chip as well as the cost of airbags we have.” So recovery will happen later, recovery will get push back.”

According to industry experts, if 6 airbags are made mandatory, each car could see a cost increase of at least Rs 18,000 to 22,000 (excluding GST). Gadkari has said on several occasions in the past that a draft notification has been passed to make six airbags mandatory in motor vehicles carrying eight passengers in India.