Nothing Phone (1) announced, CEO Carl Pei said, will give competition to the iPhone 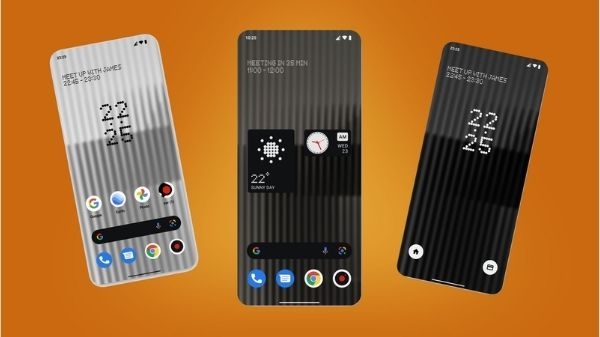 Nothing has finally entered the smartphone market and announced the Nothing Phone (1). At The Truth event, Nothing CEO Carl Pei has said that the smartphones from Nothing will compete with the iPhone and be many times better than it.

At the event, Carl Pei, CEO of Nothing, took a jibe at the new generation iPhones, saying that now only one-of-a-kind smartphones are coming. That’s why Nothing has decided to continue on the path of innovation and come up with something that will hit the iPhone too.

Apart from this, during the event, Carl Pei also said that the company wants to be the most attractive option of Apple and will compete with them. One of the most interesting announcements made at the event was that the company is currently developing its first smartphone, called the Nothing Phone (1).

Thus now the Nothing Phone (1) can be launched in the summer of 2022. However, the company has not shared any exact timeline or details about this and has also not told in which countries it will be launched. The company says that the device will feature a unique design breaking the monotony of the slab. Not much has been said about the design though.

The device will be powered by an unknown Qualcomm Snapdragon chipset. The device will get three years of guaranteed operating system updates and four years of security updates. In this event, the company has also announced Nothing OS. This smartphone will be Android based and will not get any kind of pre-installed apps like other smartphones.

For information, let us tell you that Nothing Phone (1) is the second product of Nothing Company. Earlier the company had launched Nothing Ear 1 TWS earbuds and now entered the smartphone market.