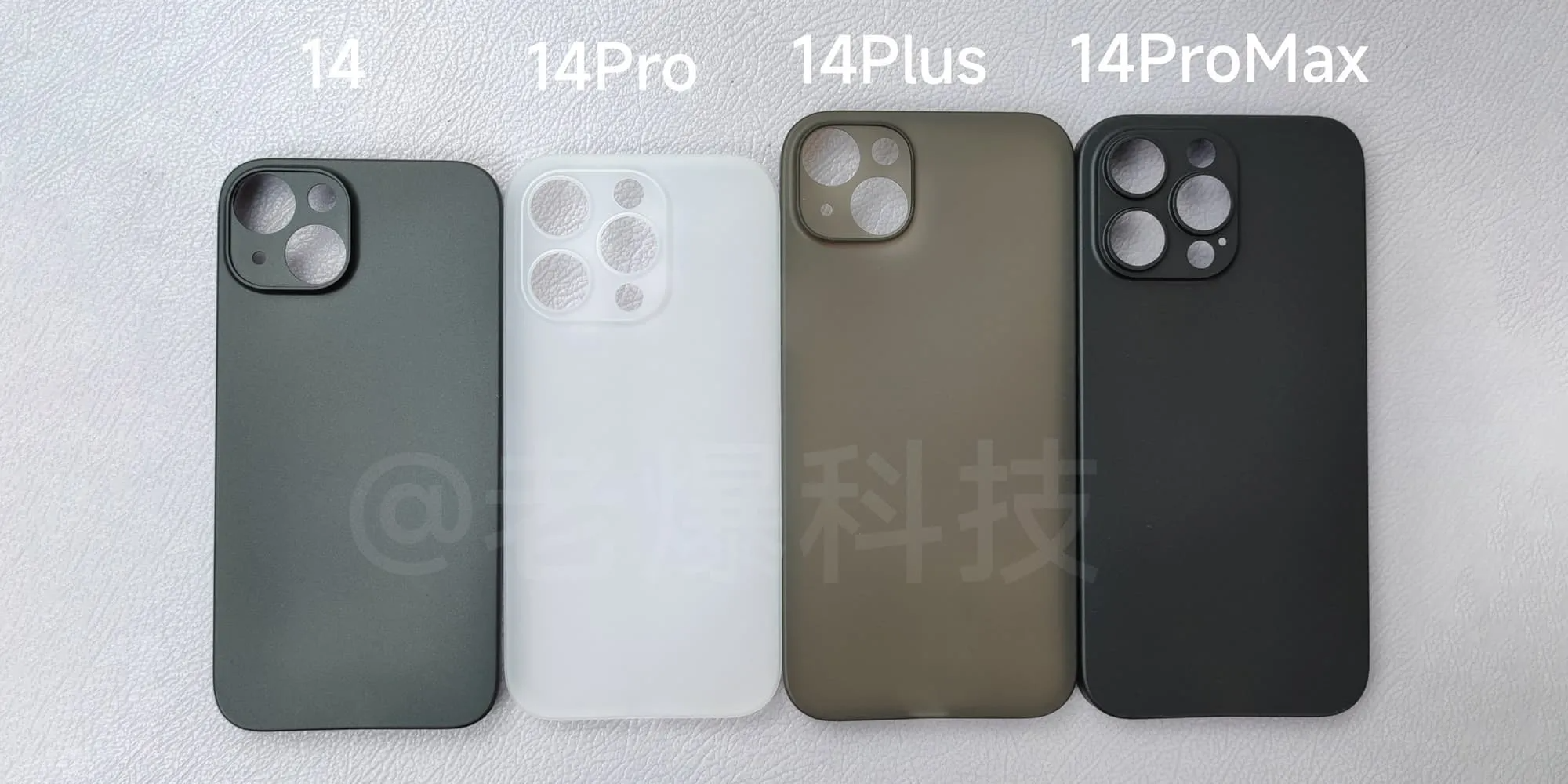 The protrusions for the camera module are very similar to the iPhone 13 line, however, sources say that the distance between the lenses of the new smartphones is slightly larger. That is why cases for the iPhone 13 most likely will not fit new devices.

The back of the iPhone 14 lineup should look familiar, but if leaks and device mockups are to be believed, Apple will ditch the bangs on older models. iPhone 14 Pro and iPhone 14 Pro Max will receive screens with two holes in the central upper part.

This leaked image also suggests that Apple has discontinued the iPhone mini this year. The iPhone 12 mini and 13 mini were the only two models in the line that undersold the rest of the models and mainly attracted the attention of users who prefer very compact devices.