Not just for comfort, this is why the car has adjustable headrests 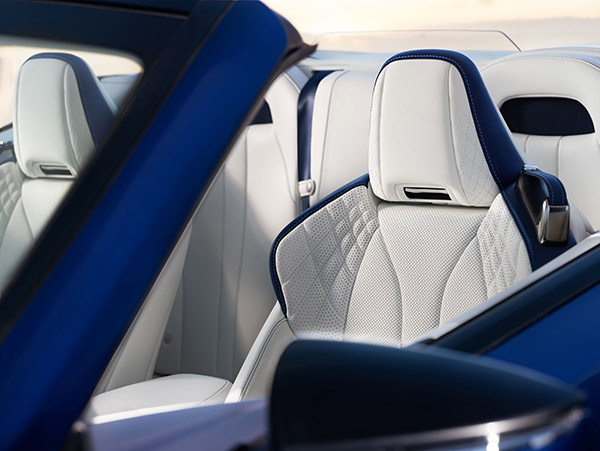 In such a situation, we are taking your attention to the headrest of the vehicle. The headrest of our vehicle also plays an important role in safety. While some people consider it only to be relaxing. Many people go a step further and remove the headrest of the seat. However, doing so can put your life in danger.

Actually, another name for headrest is head restraint. Its real job is not your comfort but safety. The headrest of the car prevents your head from going too far back in case of an accident. This is why the head rest is designed by tilting forward.

Another myth that has been circulating on the internet for a few years now is that you can use the headrest to break the glass of a vehicle in case of an emergency. it is not true. The glass used in the windscreen and windows of the car are designed in such a way that they are difficult to break and the headrest will not be able to do this. Vehicle headrests are made removable so you can take them out and clean them or install new seat covers.

According to the Australian New Car Assessment Program (ANCAP), the purpose of head restraints is to prevent hyper-extension of the neck in an accident. In a frontal crash, it prevents your head from hitting the front airbag as fast as you hit the rear. It is designed with the sole purpose of saving your neck in case of an accident.

Benjamin Katz, a resident of Oakland, California, was granted a patent in 1921 for an automobile “headrest”. Additional patents for such devices were issued in the 1930s and 1950s. UK The U.S.’s leading head restaurant supplier, Carobs, filed a patent in the late 1950s, and by 1973 the quality of these devices was evaluated by British tests.

Head restraints on North American cars in the mid-1960s and in the U.S. after January 1, 1969. All new cars sold in the U.S. It was mandated by the National Highway Traffic Safety Administration (NHTSA). Two things are very important for a head restraint, first design and second its quality.