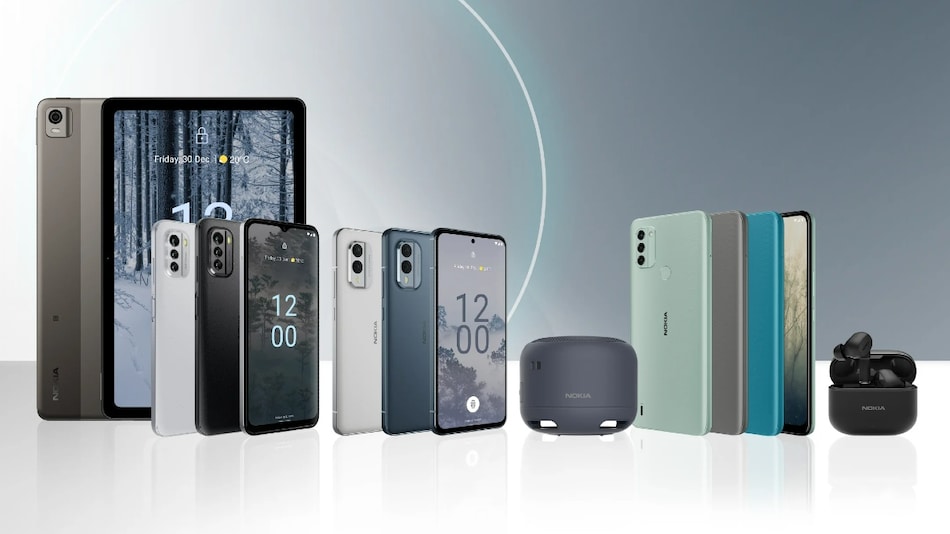 HMD Global announced a range of Nokia products at IFA 2022 in Berlin on Thursday. The highlight of the announcement is the Nokia X30 5G, which is said to be the company’s greenest handset yet. It is powered by a Snapdragon 695 5G SoC and features a 6.43-inch AMOLED display. The Nokia G60 5G and Nokia C31 smartphones were also presented during the event. In addition to the mobile phones, the company launched the Nokia T21 Tablet, the Nokia Portable Wireless Speaker 2 and the Nokia Clarity Earbuds.

For themes, the smartphone has a dual rear camera setup, including a 50-megapixel primary sensor with OIS and a 13-megapixel ultra-wide-angle secondary camera. In addition, the rear camera setup is protected by a layer of Corning Gorilla Glass. There’s also a 16-megapixel front shooter.

The Nokia X30 5G packs a 4,200mAh battery with support for 33W fast charging. It measures 158.9 x 73.9 x 7.99mm, weighs around 185g and has an IP67 waterproof design. The smartphone has a fingerprint sensor under the display. It supports dual-band WiFi and Bluetooth v5.1 connectivity.

It is equipped with a triple rear camera that includes a 50-megapixel primary sensor, a 5-megapixel ultra-wide-angle lens and a 2-megapixel depth sensor. The Nokia G60 5G also has an 8-megapixel selfie camera on the front.

HMD Global also introduced the Nokia T21 Tablet, available in Charcoal Gray. It offers 4GB of RAM and up to 128GB of onboard storage. Prices for the tablet start at EUR 239 (approx. Rs. 19,000). Also announced were the Nokia Portable Wireless Speaker 2 and the Nokia Clarity Earbuds 2 Pro.

All of these Nokia devices will be available in select global markets starting Thursday.