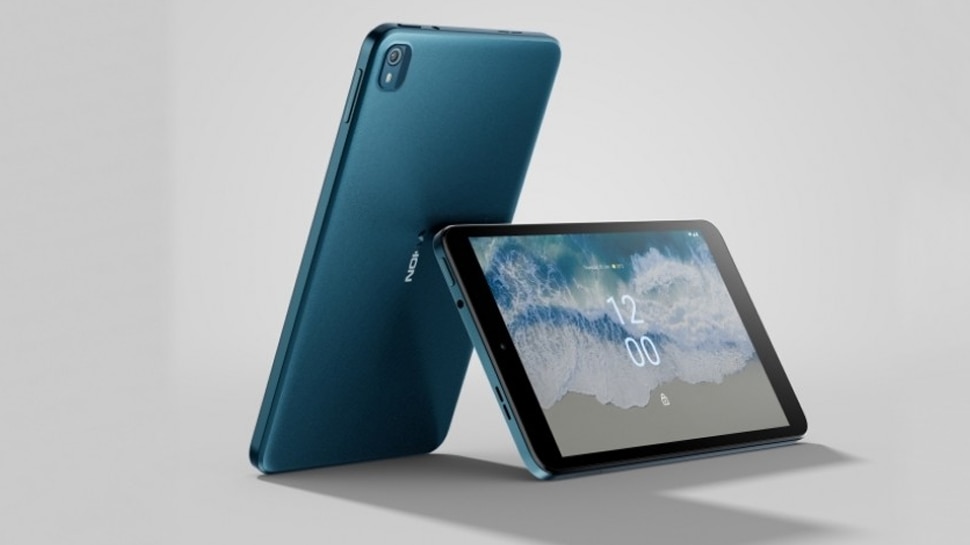 Nokia’s new tablet has been launched, which comes in strong battery and stylish design. It also has a large 8-inch screen. It is available in Wi-Fi and Wi-Fi + 4G LTE models. Let’s know the price and features of Nokia T10 Tablet …

HMD Global has today launched Nokia’s tablet, which is named Nokia T10. This tablet comes with a big display and a strong battery. It has an 8-inch HD display and is available in Wi-Fi and Wi-Fi + 4G LTE models. It is an Android Enterprise recommended tablet and runs Android 12 out of the box. Additionally, the company has promised to provide this tablet with three years of monthly security upgrades.

The primary camera of the Nokia T10 is an 8MP shooter with autofocus and flash. There is also a 2MP front-facing camera and the tablet supports Face Unlock technology as well. The Nokia T10 sports a water-resistant design that is IPX2-rated rated. It has a USB Type-C port and a 3.5mm audio jack and is available with either 3GB RAM and 32GB storage or 4GB RAM and 64GB storage. There is also a microSD slot that can expand the storage up to 512GB.

The tablet supports Bluetooth v5.0 and dual-band Wi-Fi (2.4 GHz and 5 GHz). Along with support for GLONASS, GPS and Galileo navigation system, the tablet also features an ambience light sensor, accelerometer and an FM radio receiver.

The 8-inch LCD of the Nokia T10 offers a resolution of 1280 x 800 pixels and is approved for Netflix HD. To increase the efficiency, the Nokia T10 can be used as a second screen as an extension to the PC display and has stereo speakers with OZO playback.