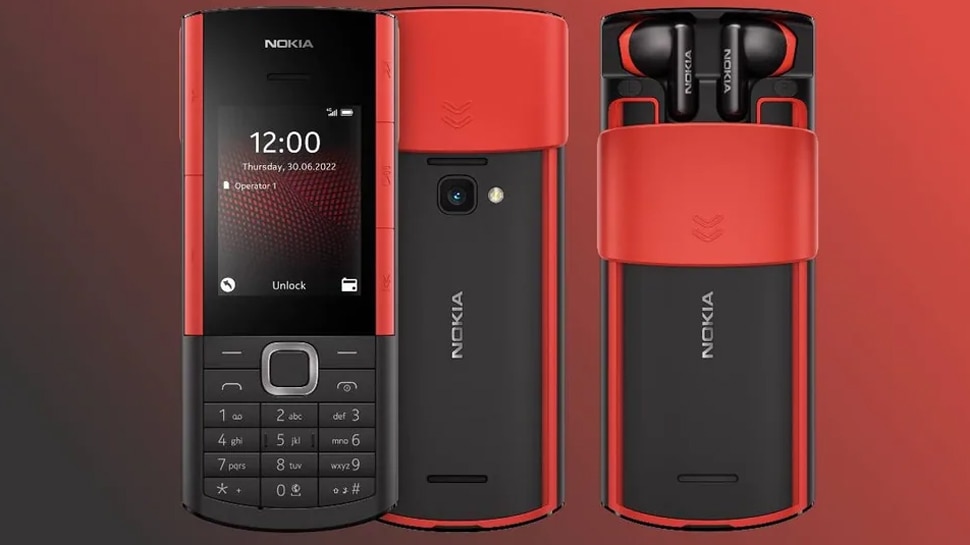 Nokia has launched an Atrangi phone of 7 thousand rupees, seeing which people are delighted. Earbuds are hidden behind the phone. Knowing the features will put a smile on your face too. Let’s know the price and features of Nokia 5710 XpressAudio …

Nokia may not make the best Android smartphones, but it still dominates feature phones. The company knows how to spice up a small phone. Nokia has just launched three feature phones, one of which has struck us. It is called the Nokia 5710 XpressAudio and is reminiscent of Nokia’s XpressMusic phones from the past. The body at the back opens up and the TWS earbuds are hidden inside. Let’s know the price and features of Nokia 5710 XpressAudio …

This phone has come at a time when companies are letting go of the 3.5mm headphone jack from the phone. There is a TWS earbud charger built inside the Nokia 5710 XpressAudio. Users will need to rotate it and pull down the slider cover to reveal the TWS earbuds that sit comfortably inside the phone. The phone comes in black and white colors and the earbuds inside will also be available in the same colors.

The phone has a 2.4-inch color display and is connected to the T9 keyboard. There are music playback buttons along with display bezels like Nokia’s old music phones. You also get a 0.3MP rear camera, which may not please shutterbugs, but it might be enough to capture a moment for you.

Nokia relies on the old Symbian S30+ OS, which means you can say goodbye to apps and all other modern things. The phone relies on a Unisoc T107 chipset and comes with 48MB of RAM as well as 128MB of storage. You can add a 32GB microSD card to play MP3 songs through the phone’s onboard music player.

Nokia does not say much about the earbuds but it is said that they can last for 4 hours for music and 2.5 hours for calls. When the battery runs out, the phone’s 1450mAh battery charges the earbuds. Additionally, the phone itself can deliver up to 6 hours of talk time and up to 20 days of standby on 4G. For music, you have to download mp3 songs, or you can rely on the FM radio feature of the phone.

The Nokia 5710 XpressAudio is currently limited to the UK market and is priced at £74.99 (approximately Rs 7,000). Availability in other markets is still a mystery.