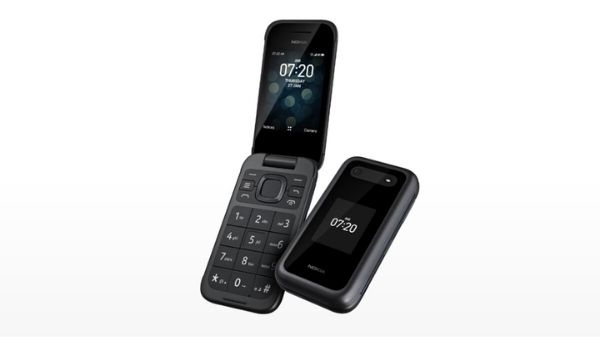 Nokia smartphone company whose feature phone and smartphone you must have used. Although most have used feature phones only and now older models of Nokia are being launched. Right now HMD Global, the company that is launching new Nokia phones, yes, is reviving the old models and launching them in the market. Similarly, HMD Global has just launched the Nokia 2760 Flip feature phone.

If you are also a fan of Nokia, then you can buy this affordable flippable feature phone of Nokia at a very low price, which has been launched for just $ 19 i.e. about 1500 rupees. However, it is currently only available in the US.

For information, let us tell you that Nokia has also added many great features to this new Nokia 2760 feature phone. In this you get some features like calculator, alarm etc.

Apart from this, you get an internal LCD display of 2.83 inches and an external display of 1.77 inches has also been given in it. While you get a 1.3GHz quad-core processor in the device. In addition, 4GB of storage is also provided in it.

Talking about the camera feature, the main camera in the Nokia 2760 Flip phone is 5 megapixels. Along with this, some pre-loaded apps are also available like web browsing and email etc.

Talking about the battery, in this affordable feature phone, the company claims that it offers 3.8 hours of talk time and 18 days of standby battery life with a single charge. Although this latest feature phone of Nokia has been launched only in the US, which costs only $ 19 i.e. 1500 rupees.