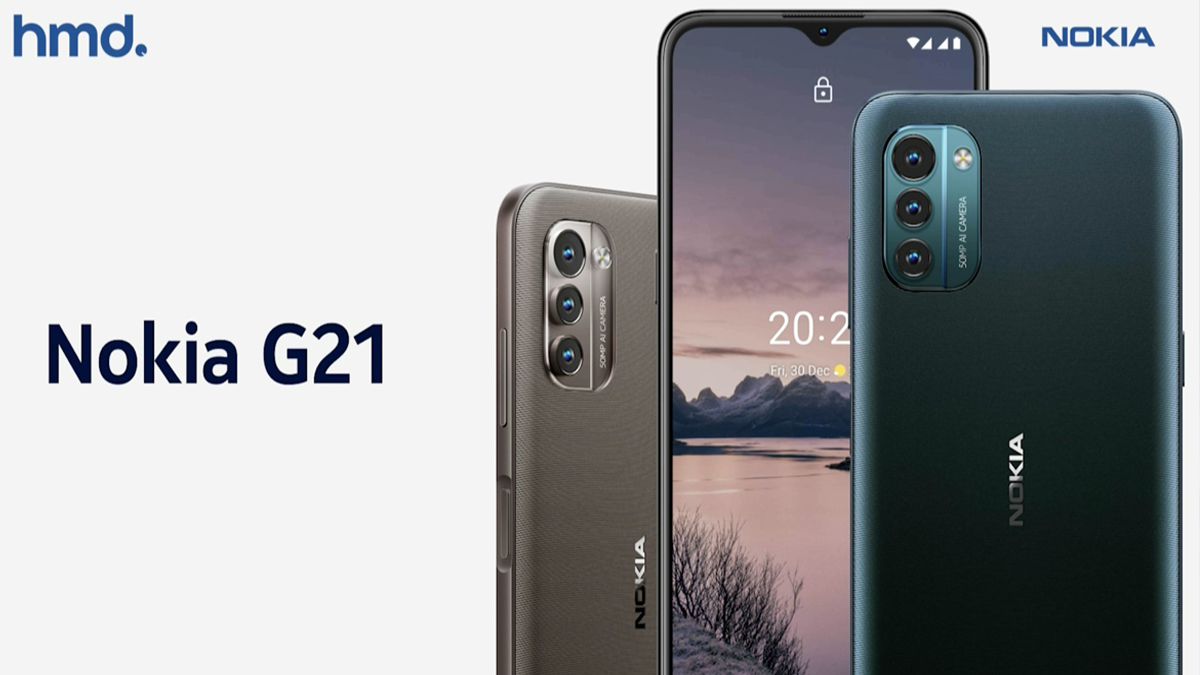 New Delhi: Veteran tech company Nokia has launched a new smartphone of its G series in India on Tuesday. This new smartphone of the company was introduced to Nokia G21. This phone is equipped with many great features and triple rear camera setup has also been given in it. This new Nokia G21 smartphone will compete with Redmi Note 11, Realme 9i and Samsung Galaxy M32.

Two variants of Nokia G21 have been launched in India. The price of 4GB RAM + 64GB storage variant of the phone has been kept at Rs 12,999. While the 6GB RAM + 128GB model has been introduced in India for a price of Rs 14,999. This smartphone comes in Dusk and Nordic Blue color options. Customers can buy this phone from the Nokia.com site, select retail stores and major e-commerce sites.

Let us know that HMD Global has also launched the Nokia 105 (2022) and Nokia 105 Plus feature phones, Nokia Comfort Earbuds and Go Earbuds + Truly Wireless Stereo (TWS) earbuds in India along with the Nokia G21.

The Nokia G21 sports a 6.5-inch HD+ (720×1,600 pixels) display with 90Hz refresh rate. The phone is powered by an octa-core Unisoc T606 processor paired with up to 6GB of RAM and up to 128GB of onboard storage. Which users want, they can increase up to 512GB with the help of microSD card. Apart from this, side-mounted fingerprint sensor has also been given in Nokia G21.

Triple rear camera setup has been given in Nokia G21. In which there is a 50-megapixel primary sensor, a 2-megapixel macro shooter and a 2-megapixel depth sensor. While for selfies and video calls, it has an 8-megapixel camera sensor. For power backup, the smartphone has a 5,050mAh battery with 18W fast charging support.