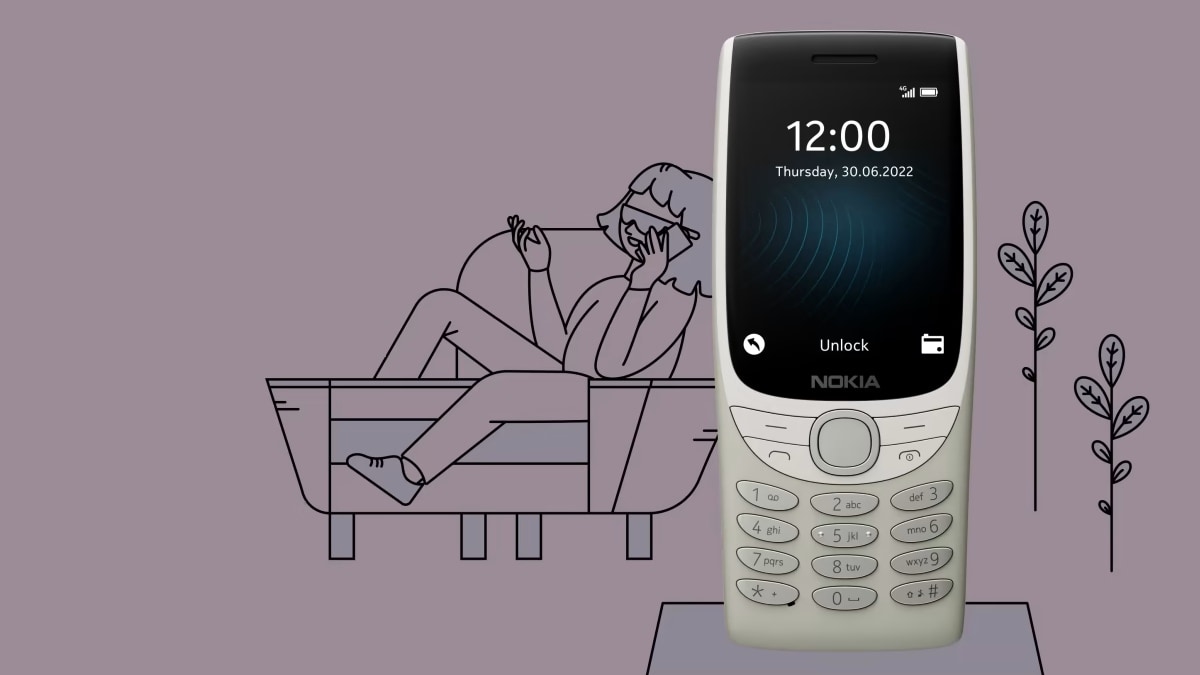 HMD Global, which licenses the Nokia brand, on Tuesday launched the Nokia 8210 4G feature phone in India. The new device comes in two different color options. Powered by Unisoc T107 processor, the Nokia 8210 packs 48MB of RAM and 128MB of onboard storage. Dual SIM connectivity, expandable storage up to 32GB, removable battery and 0.3-megapixel rear camera are some of the other highlights of this phone. Along with the wireless FM feature in the Nokia 8210, an MP3 player is also available. The new feature phone comes with a 1450mAh battery. The phone is said to offer a standby time of up to 27 days on a single charge.

The price of Nokia 8210 in India has been fixed at Rs 3,999. It has been introduced in Dark Blue and Red Colors, which nokia india website and amazon can be purchased through The company is giving a one-year replacement guarantee with the phone.

The Nokia 8210 4G comes with dual-SIM (Nano) support and runs on the Series 30+ operating system. The new feature phone supports a 3.8-inch QVGA display and is powered by the Unisoc T107 SoC. The phone has 128MB of RAM and 48MB of onboard storage. The inbuilt storage can be expanded up to 32GB via a dedicated microSD card slot.

A 0.3 megapixel camera sensor has been given in the back side of Nokia 8210 4G. It also supports FM radio and MP3 player along with wired and wireless modes. It has a 3.5mm headphone jack and a micro-USB port. Bluetooth V5 has been given in this feature phone of Nokia. This phone comes packed with games like Snake, Tetris, Blackjack. Flashlight has been given in the phone. Apart from this, there are also power, numeric and function keys.