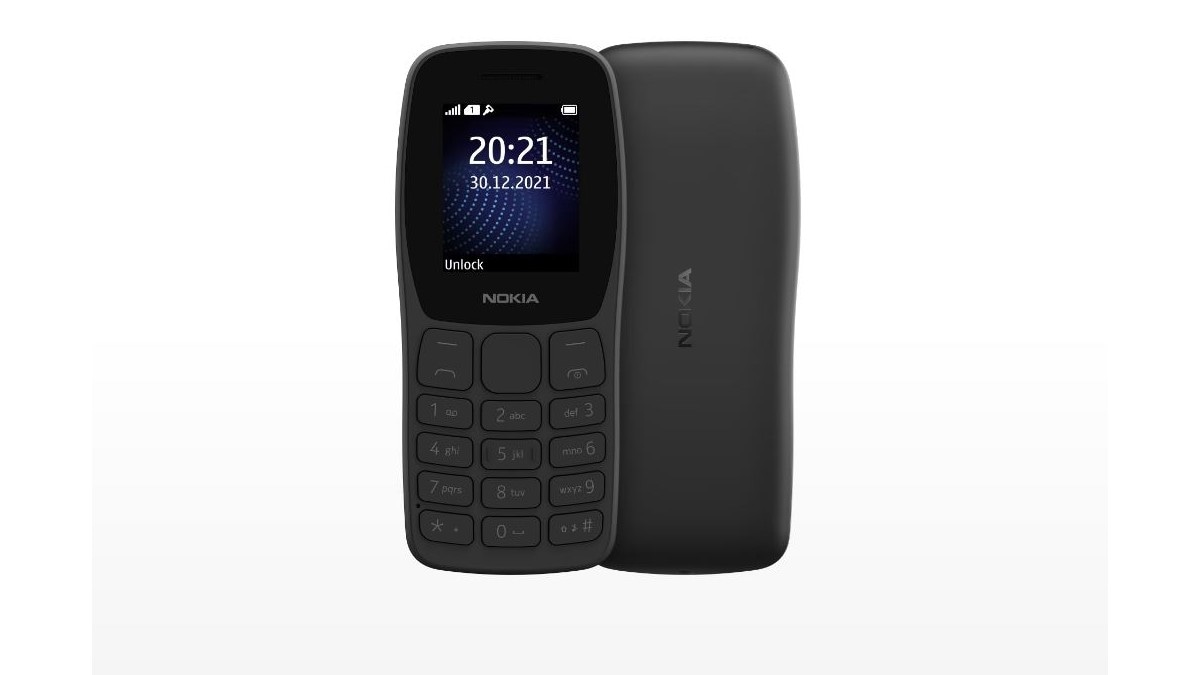 The price of Nokia 105 African Edition has not been released by the company yet. This phone has been launched in Africa and will be available for purchase from retail stores soon. Apart from this, the phone can also be purchased from the official website of Nokia. It will be available in two color variants – Charcoal and Blue.

The specifications of the Nokia 105 African Edition include a 1.77-inch QVGA screen. It is a dual SIM phone and its back panel is made of polycarbonate. This latest feature phone of Nokia has been given the Unisoc 6531E processor, which is paired with 4MB of RAM. The storage in the phone is also given only 4MB. The African edition of the Nokia 105 has 2G connectivity and runs on the Series S30+ operating system. There are 10 games already installed in the phone, including the popular Snake Game.

Talking about its power backup features, this feature phone has an 800mAh battery, for which the company has said that it can keep the phone running in standby mode for 18 days. At the same time, if we talk about its talk time backup, then it can back up calling up to 12 hours. MicroUSB connector is provided with the phone for charging the battery. Built-in flashlight is also provided on the top corner of the phone.

The Nokia 105 African Edition also comes with some other features such as a phonebook that can hold up to 2000 contacts. Apart from this, 500 SMS messages can also be stored in the phone’s memory. The dimensions of the phone are 121 x 14.5 x 50mm and its weight is said to be only 10 grams. When it comes to feature phones, the Nokia 105 is at the forefront of the world’s best selling feature phones and this new edition is expected to be equally popular.