NOC will be issued for banned diesel vehicles in Delhi, approval will be given to run in other states 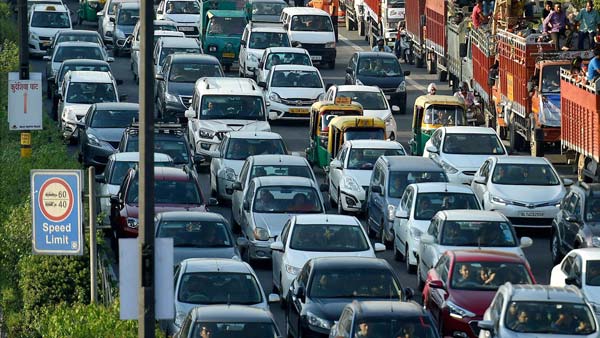 The National Green Tribunal (NGT), in an order dated July 27, 2016, had ordered the Delhi Transport Department to cancel diesel vehicles that are more than 10 years old plying in Delhi. The NGT had taken this step keeping in mind the ever-increasing air pollution in Delhi. The order said that NOC will also be issued for those districts or states from where the transport department has neither received the information nor has it been uploaded on the respective websites.

The order also states that the NOC issued by the Transport Department of the Delhi government will be withdrawn for other states if the concerned RTO/registration officer refuses to register the vehicle there.

Vehicular emissions are a major cause of severe air pollution in the Delhi-Territory. Diesel-powered commercial vehicles play an important role in this. After converting a diesel vehicle to electric, vehicle owners can take advantage of subsidies and rebates available under the Delhi government’s electric vehicle policy.

Let us inform that the process of running 2,300 electric buses has started in the national capital Delhi. Delhi CM Arvind Kejriwal flagged off the first electric bus service in the state last week. Out of these 2,300 electric buses, 1,300 will be procured by DTC and rest 1,000 buses will be covered under the cluster scheme.

Delhi government will add about 50 buses every month to the batch of e-buses from February. The Delhi government will equip the bus depots with charging stations for these e-buses. This work will be done in several phases. In addition, DTC will build four hybrid bus depots, which will be a combination of electric and CNG buses. These hybrid bus depots will be built at Subhash Place, Rajghat, Hasanpur and Bawana. The plan to include e-buses in Delhi was first announced in July 2018.

To curb pollution in the national capital, the Delhi government has announced new policies for cab aggregator companies, under which cab companies in Delhi will now have to keep 50 percent electric vehicles in their fleet of vehicles. According to a Delhi government notification, it will be mandatory for all cab aggregator companies in the national capital Delhi to include 50 per cent of their two-wheeler fleet and 25 per cent of their four-wheeler fleet by electric vehicles by March 2023.