No petrol, no diesel! This car runs only on hydrogen, the first unit registered in Kerala’s RTO 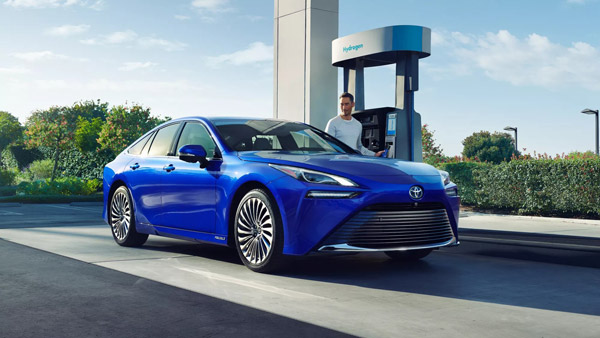 At present, this car has not been launched for the general public and is being made available to the public for research and development purposes only. Toyota Mirai price in India has been fixed at Rs 1.10 Cr (Ex-showroom). Government subsidy is also being given on this, but its benefit will be available only on models purchased for a specific purpose.

Toyota Mirai has been launched in India under a pilot project run by the International Center for Automotive Technology (ICAT). This pilot project focuses on spreading awareness about alternative fuels. India is building infrastructure for hydrogen cars, but it is likely to take more time to fully operationalize hydrogen-powered cars.

Travancore Cochin Chemicals (TCC), Indian Oil Corporation Limited and Cochin International Airport Limited (CIAL) are involved in the process. KSRTC is also making major plans to switch to hydrogen fuel based buses. It has announced plans to buy 50 electric buses and 10 hydrogen buses, besides replacing some diesel buses with electric ones. If the pilot project is successful, we may soon see hydrogen powered buses, trucks and other heavy vehicles on Indian roads.

Toyota Mirai comes with High Pressure Hydrogen Fuel Tank. The engine of this car converts the energy generated by the reaction of hydrogen and oxygen into electricity, which gives energy to the electric motor in the car. This reaction generates steam that escapes through the exhaust pipe of the car. According to the information, the hydrogen tank of Toyota Mirai can be filled completely in just 5 minutes. It can run for 646 km on full tank hydrogen.

According to the Ministry of Road Transport and Highways, transportation powered by green hydrogen is going to be an important technology option of the future. Apart from hydrogen fuel cell-powered cars, plans have also been drawn up to introduce buses, trucks, ships, trains and medium to long distance vehicles.

Green Hydrogen Policy has been announced in India which aims to increase the domestic production of Green Hydrogen to 5 million tonnes by 2030 and make India an export hub for clean fuel. Green hydrogen is prepared by electrolysis of water. To achieve this, water is split into hydrogen and oxygen using solar or wind power. A huge amount of energy is consumed in this process.