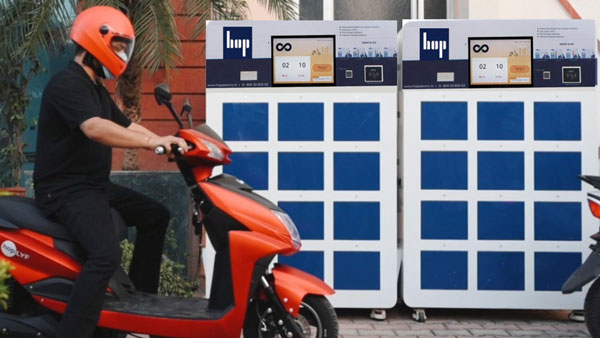 Under this partnership, Indraprastha Gas will provide infrastructure for the swap stations, while Kinetic Green will help these stations to be technologically advanced and attract customers. Battery swapping facility has been made available for two wheelers and three wheelers in these stations.

Indraprastha Gas Limited says that these battery swap stations are being opened near fuel pumps, parks and market complexes to make it easier for customers to reach. The company says that a fully charged battery can be installed at Energy Cafe stations in just seconds by removing the discharged battery from an electric scooter or three-wheeler electric vehicle.

Let us tell you that Kinetic Green is preparing to launch electric scooter in India very soon. The company had revealed last year that it wants to make a comeback in the two-wheeler market. Currently, Kinetic is manufacturing electric three-wheelers and electric rickshaws in India, but considering the increasing demand for electric vehicles in the Indian market, the company may soon make a comeback in the two-wheeler segment.

This scooter will be launched in the slow speed category, so the scooter can be driven without any registration and license. The price of this electric scooter can be Rs 50,000. LED headlight, daytime running light, thumb starter can be given in the scooter.