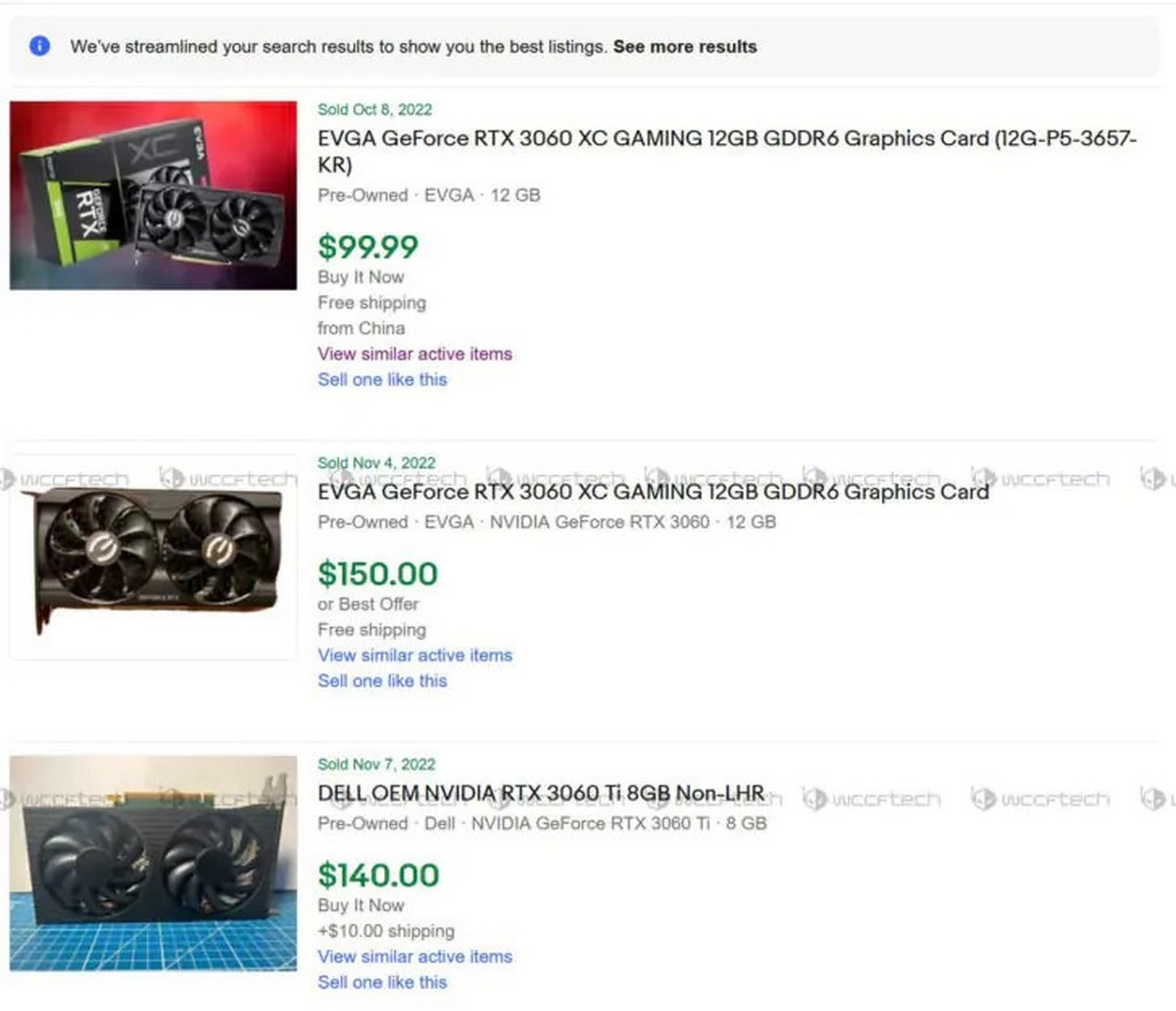 It looks like the market for used GeForce RTX 30 graphics cards is slowly moving away from ridiculously low prices.

According to the WCCF Tech resource, a month after the transition of Ethereum to Proof-of-stake, the market was flooded with adapters at bargain prices. For example, the RTX 3060 could be bought for as little as $100. Of course, this is a card after mining, but this is often not a sentence. However, these prices are no longer available.

The source, of course, does not know the exact reasons for this situation, but suggests that the matter may be the depleted stocks of miners who sold cards for next to nothing, although this is unlikely. Another version is that the ultra-cheap cards were simply bought by speculators. In any case, the situation is rather unusual so far.