No longer beta. VK introduced a full version of the Play platform – the Russian analogue of Twitch and GeForce Now 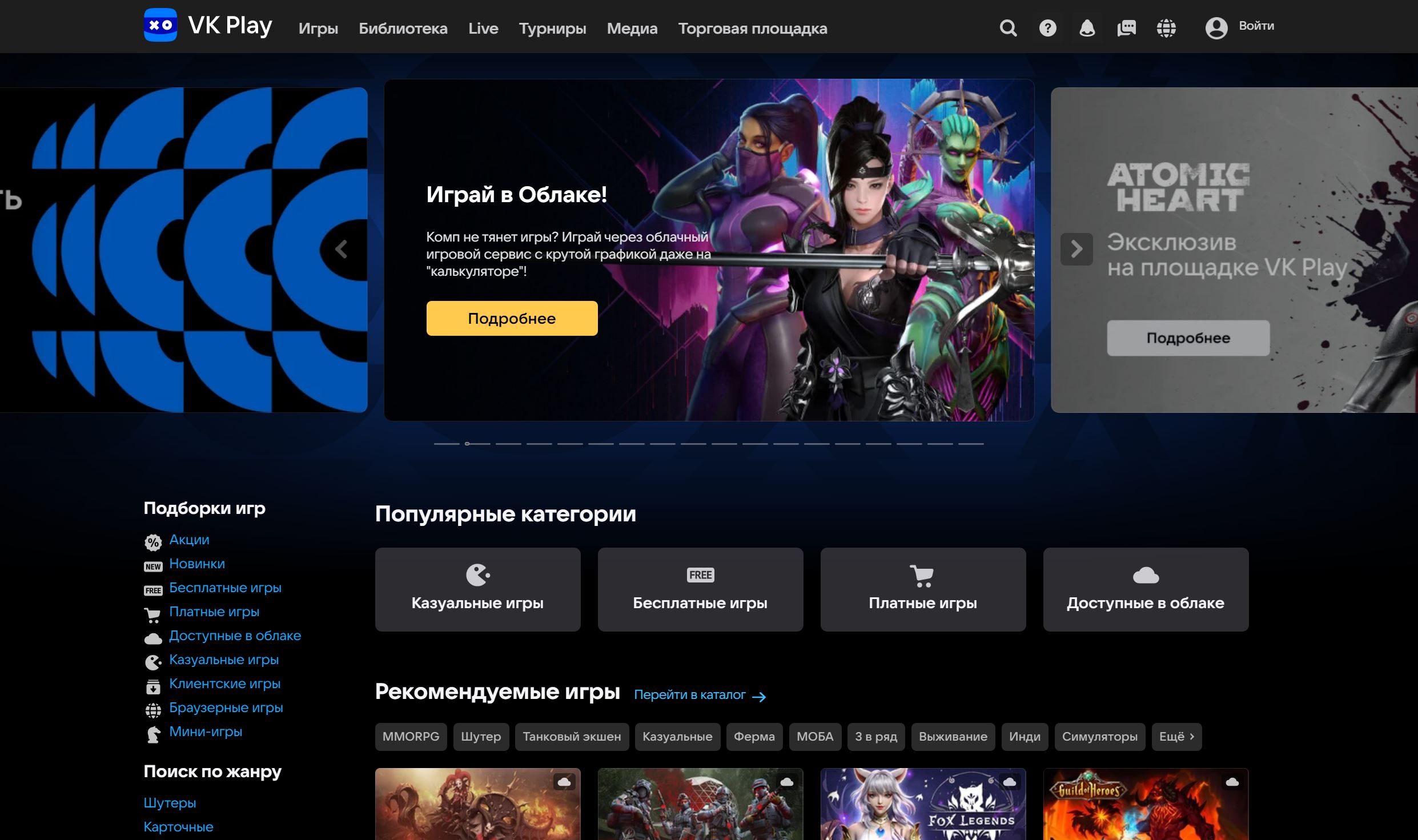 The Russian gaming platform VK Play has left the beta testing stage, launched in April 2022, and has presented a full-fledged version of the site for players and developers. As part of the update, the site became available in seven languages, a developer’s office, a chat for players to communicate, and a section for screenshots and videos from games were launched.

“VK Play, a Russian platform for game lovers, developers and content creators, has announced its exit from beta and introduced a major technical update. VK Play has become available in seven languages, the player’s profile has the ability to see their achievements and compare them with friends, a news feed has been added, a UGC section has been added [раздел с пользовательским контентом]in which you can upload screenshots and videos from games, and there is also a chat for players to communicate”, – noted in VK.

Also, as part of the update, a developer’s account became available for game creators, from which you can upload game distributions and detailed reports on user purchases and registrations. In addition, the game localization function appeared in the back office and a special blog was launched dedicated to the news and events of games on VK Play.

“We plan to add as much new content and functionality as possible [функциональности] for the site, so stay tuned, a lot of interesting things await you“, – said the technical director of VK Play Rodion Kotelnikov.

VK Play is a platform for game lovers, developers and content authors. VK Play combines a catalog of 13 thousand games, cloud gaming, streaming, eSports and more. Previously VK announced the sale of the gaming division My.Games to the managing partner of the Leta Capital venture fund Alexander Chachava for $642 million. The press service reported that VK would develop its own gaming services under the VK Play brand.