Nitin Gadkari told how much green hydrogen will cost, the car will run only at Rs 1.65/km 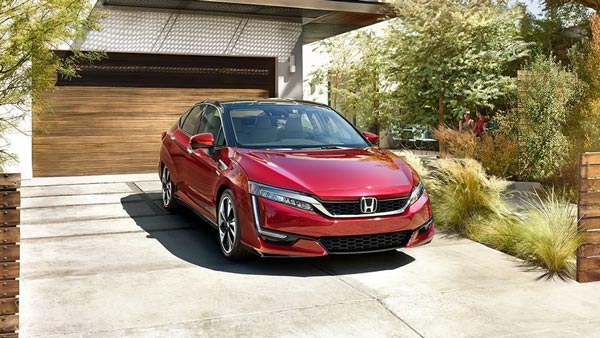 The primary difference between an FCEV and an electric vehicle is that FCEVs have fuel cells that use hydrogen to power the vehicle’s electric motors and do not require exterior charging.

An electric vehicle, on the other hand, has a very large battery pack, which draws power from an external power source. Talking about the price, the cost of production of green hydrogen ranges between three to four dollars per kg i.e. around Rs 230 and Rs 350 per kg.

All the major economies including India are working towards reducing it to bring it down to a dollar or two per kg i.e. around Rs 80 or Rs 150 per kg. On August 15, 2021, the Prime Minister of India, Narendra Modi launched the National Hydrogen Mission.

It aims to help the government meet its climate goals and make India a green hydrogen hub. As a result, a target production of 5 million tonnes of green hydrogen has been set by 2030. However, currently hydrogen powered cars are limited.

For now, there are only two mass-market cars available in the world that run on hydrogen, the Toyota Mirai and the Hyundai Nexo. According to the information, Toyota Mirai offers a range of 647 km on a single tank (5.6 kg H2) of hydrogen fuel.

For the past few months, Nitin Gadkari has been using Toyota Mirai as his daily car in Delhi. The Automotive Testing Agency of the Government of India, iCAT (International Center for Automotive Technology) is also testing the Toyota Mirai.