Nitin Gadkari meets Amitabh Bachchan for road safety mission, ‘Big-B’ can be seen in the promotion 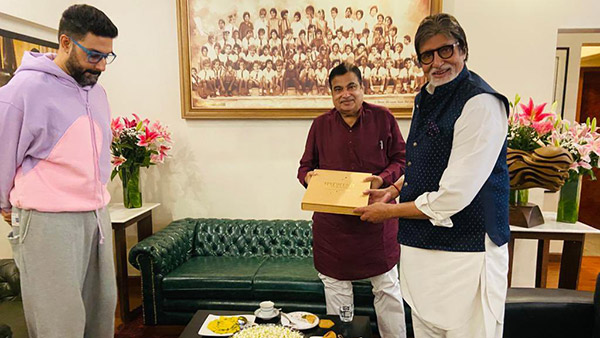 There has been a slight decline in the number of accidents in the last few years. A total of 3,48,279 people were injured in 3,66,138 road accidents across the country during 2020, while 1,31,714 people died in these accidents, government data said.

According to the Ministry of Road Transport and Highways, about 80,000 people die in road accidents every year in India, which is 13 percent of the total deaths in the world. In most of the cases, accidents are either due to negligence or due to lack of awareness towards road safety. Therefore, road safety education is as essential as other basic survival skills.

In order to create effective public awareness about road safety, the Ministry has taken up various promotional measures and awareness campaigns on road safety through social media, electronic media and print media. In addition, the Ministry has implemented a Road Safety Advocacy Scheme to provide financial assistance to various agencies for conducting Road Safety Advocacy.

In addition, road safety at the planning level has been made an integral part of road design. Road safety audit of all highway projects has been made mandatory at all levels including design, construction, operation and maintenance. 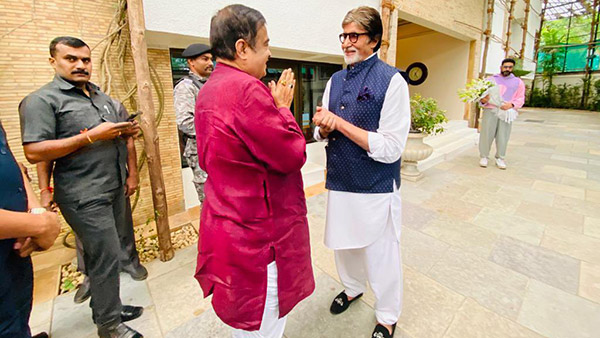 Amitabh, himself has been associated with the promotion of many social causes over the years. These include the Goodwill Ambassador for the UNICEF Campaign for Polio, the United Nations Ambassador for the Girl Child and the Swachh Bharat Mission campaign.

According to the data of the Ministry of Transport, two-wheelers had the highest number of vehicle categories involved in road accidents in 2020. Whereas light vehicles like cars, jeeps and taxis are in second place together. The share of two-wheeler riders in total deaths was the highest (43.5%) during 2020. 17.8 percent of the people killed in road accidents were pedestrians.

The government has notified a new scheme to compensate victims of ‘hit and run’ motor accidents. Under this scheme, there is a provision of compensation of Rs 12,500 to Rs 50,000 for grievous injury in case of hit and run motor accident and Rs 25,000 to Rs 2,00,000 in case of death. The minister said that the implementation of this scheme will be done at all India level.