Nitin Gadkari: In five years, the country will become the center of automobile manufacturing, the dependence on oil imports will also be reduced 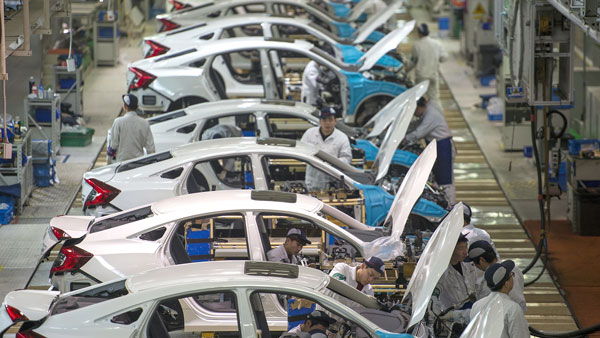 Gadkari also said that the government is trying to reduce the import of crude fuel. He said that the government is promoting the use of bio-ethanol, CNG, bio-LNG and green hydrogen in place of crude fuel and petroleum. Further, Gadkari claimed that within two years, by achieving good manufacturing numbers, the cost of electric two, three and four wheelers and even buses would be at par with petrol and diesel vehicles.

Elaborating on the efforts being made by the government on green energy, Gadkari said that apart from lithium-ion batteries, we are also working on developing zinc-ion, sodium-ion and aluminum-ion batteries. He said that the time to come is of green hydrogen and it will be the main fuel in future transportation sector. He informed that the government is also planning to export green hydrogen.

Recently, Nitin Gadkari had told in a speech in the Parliament that the use of electric vehicles is increasing rapidly in the government offices and agencies of the country. He had said that 5,384 electric vehicles are being used by government companies till February 4, 2022.

Nitin Gadkari has said that soon instructions will be issued regarding the manufacture of flex engine vehicles in the country. He had said that the government would issue guidelines regarding manufacturing of flex engine vehicles within the next six months. Gadkari says that automakers should give the option of such vehicles which can run on 100% petrol or bio-ethanol. The government is fully prepared to allow such vehicles. He said that the technology of flex fuel engine is easily available, if the auto companies want, then the Indian auto industry can take a big step towards clean fuel.

The Government of India is emphasizing on the use of flex fuel to reduce dependence on fuel imports. For this, the government has approved to increase the mixture of ethanol in petrol. On 8 March 2021, the Ministry of Road Transport and Highways has issued a notification approving the use of E20 fuel. E20 fuel is a mixture of 20 percent ethanol and 80 percent petrol.

Here are the benefits of Flex Fuel

Ethanol business of more than Rs 1 lakh crore can be done in India every year from Flex Fuel. The use of ethanol will reduce the import of petrol and save crores of rupees in revenue. Apart from this, vehicular pollution will also be reduced by the use of ethanol blended flex fuel.

Ethanol fuel will be cheaper than petrol

The price of bio fuel i.e. ethanol can be Rs 30-35 cheaper than petrol. Vehicles running entirely on ethanol will not be affected by the change in petrol prices. Nitin Gadkari has said that sufficient quantity of maize, sugarcane and wheat can be cultivated in our country to prepare ethanol. He said that if auto companies introduce flex engine vehicles, then we will get the benefit of cheap fuel and will also help in fighting pollution.

OnePlus 11 vs OnePlus 11R: How different are these smartphones from each other, know which one to bet on?