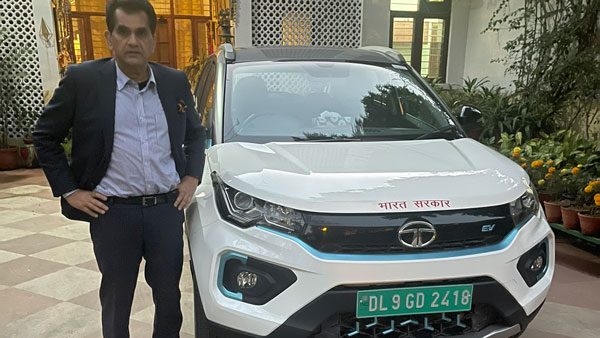 Tata Nexon EV is the best selling electric car in India with average sales of around 1,000 units per month. It was the first electric vehicle launched by the domestic automaker for private car buyers and quickly became the most preferred electric car in the Indian market. Nexon EV is available in India for an ex-showroom price of Rs 14.29 Lakh to Rs 16.90 Lakh.

The permanent magnet electric motor of the Tata Nexon EV can generate maximum power of 129 bhp and torque of 245 Nm. It is powered by a 30.2 kWh lithium-ion battery pack, which is of IP67 standard and comes with waterproof features. This car can achieve 0-100 kmph in just 9.58 seconds. The Tata Nexon EV offers a drive range of 312 km on a full charge.

Tata Motors offers the Nexon EV with a 3.3 kW onboard charger that can fully charge the battery in eight hours. At the same time, the vehicle can be charged from 0-80 percent in 60 minutes using a 25 kW DC fast charger. The Nexon EV is offered in three color options, including Signature Teal Blue, Glacier White and Moonlight Silver.

The Tata Nexon EV has been built by the company on the Ziptron platform. The Tata Tigor EV is also being built on this platform. The Nexon EV gets dual pod headlamps, LED tail lights, 16-inch diamond cut alloy wheels, 7-inch touchscreen infotainment system, reverse parking camera, sunroof, rain sensing wipers, leather-covered steering wheel, push button start with climate control. Many other features have been given.

People sitting in big positions of the country are also using electric cars and in such a situation, common people will also have confidence about EV. The demand for electric vehicles has increased but still it has not reached that level.