Nissan’s new SUV got only 2.5 stars in the green crash test, due to this it was left behind 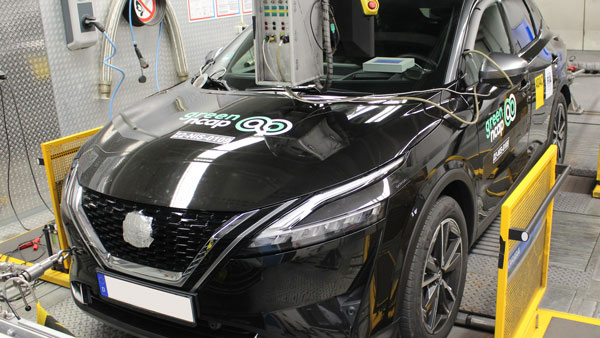 The Nissan Cashkai is rated 3.9 points on the Energy Efficiency Index and 2.1 points on the Greenhouse Gas Index. All these total points are given out of 10 points. Green NCAP tested the Nissan Cashkai equipped with a 1.3-litre turbocharged petrol engine mated to a 0.12 kWh mild-hybrid system. This SUV is expected to arrive in India next year.

Green NCAP said in a statement, “This car demonstrates a well-functioning pollutant control system that has the potential to improve particularly on currently uncontrolled NH3 emissions. However, like other SUVs, the Cashkai Highway but consumes more fuel at higher speeds while driving. This SUV consumes 6.7 liters of fuel for a distance of 100 km in the actual on-road test. However, this number is better as compared to the petrol SUV. Consumption also increases emissions of greenhouse gases, so Cashkai is given two and a half (2½) Green NCAP stars with an overall index of 4.3.”

According to Green NCAP, the Nissan CashKai is well suited to reducing its pollutant emissions. This SUV scores above average in all the lab and road tests. Like other petrol powertrains, uncontrolled NH3 (ammonia) emissions present a challenge for this vehicle and there is room for improvement. The results of the laboratory tests have been collected during testing on the open road.

The 12V mild hybrid system in CashKai offers only a limited scope for improvement in the consumption figures. Both on-road drive in the lab tests as well as in the real world require about 6.51/100km.

In the highway test, an additional 2 liters is consumed, resulting in 8.71/100km. This increase is not unexpected due to the SUV body of the vehicle and is partly linked to increased drag at higher speeds.

The Nissan Cashkai is extremely popular in the international markets. It is a 5-seater SUV that is slightly smaller than the X-Trail and rivals the Jeep Compass and Hyundai Tucson globally. Using the same basic premise as the X-Trail, the third-generation CashKai is also offered with the option of Turbo-Petrol, Mild-Hybrid and E-Power variants.

The mild-hybrid variant gets a 1.3-litre engine sourced from the Nissan Kicks that churns out 156 Bhp. This engine is connected to an electric motor. For transmission, the option of 6-speed manual and CVT is available in it. The E-Power variant uses an electric powertrain with a petrol engine similar to the X-Trail. This engine produces 190 bhp power and 330 Nm torque.