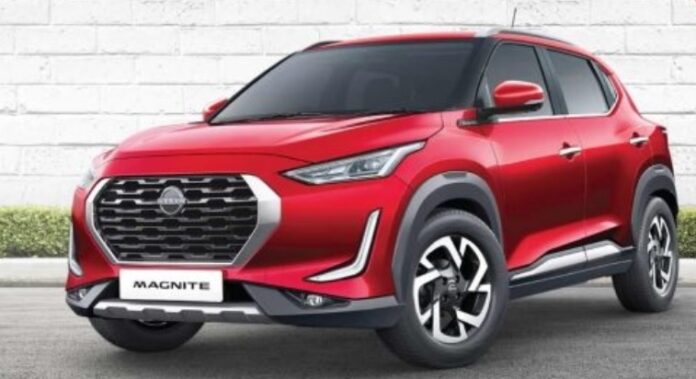 The company includes its small SUV Nissan Magnite in Nepal, Bhutan, Bangladesh, Sri Lanka, Brunei, Uganda, Kenya, Selsis, Zambia, Mauritius, Tanzania and Malawi. So far 4053 units have been sold in South Africa. The company’s Magnite has been brought under the Nissan Next plan, under which the company wants to bring high quality products and provide best in class service.

Magnite was the first global product to be launched under Nissan’s Next Transformation Plan, which shifted the company’s focus to high-demand products that deliver sustainable value to businesses and customers. Since launch, Chennai has produced over 42,000 magnets, despite the challenges of the COVID-19 pandemic and the ongoing semiconductor shortage.

Guillaume Cartier, Nissan Chairperson for the Africa, Middle East, India, Europe and Oceania region, said the Magnite is an exceptional car and a product that showcases the company’s design, engineering as well as the strength and expertise of Indian manufacturing. He added that in the times to come, customers in many more markets will be able to experience Magnit.

The Nissan Magnite compact SUV has been crash tested, in which it has been given a 4 star rating. The Nissan Magnite is rated 4 stars and a maximum score of 17 in adult safety. The car was tested in a frontal offset crash test at a top speed of 64 kmph, which did not include side impact testing. However, some flaws have been found in the chest area of ​​the driver’s side dummy. On child occupant protection, Magnite has scored only 2-stars.

The Nissan Magnite has been given one point less due to Electronic Stability Control (ESC), a lap seatbelt instead of a three-point system for the rear middle seat passenger and no side head impact protection as standard. However, the shell structure of magnetite has been reported to be stable. This is the best ever performance for the Nissan Magnite at the Global NCAP.

The safety standards have increased after testing started in India on international safety norms. While earlier there were no airbags available in the standard variants of the cars, now entry level cars are being provided with two front airbags. Apart from this, other safety features like TPMS, seatbelt alert, speed alert are now being provided in entry level cars as well. Not only this, now the Government of India is also considering a proposal to make 6 airbags mandatory in cars.

Nissan cars are receiving great response and selling well in the domestic market as well as in other countries. The company will now have to ramp up production soon so that it can deliver to the customers at the earliest.