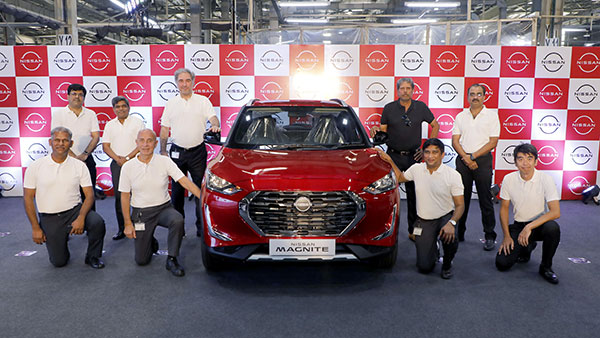 The Nissan Magnite is the first model to be brought under the company’s Next plan. This model may be produced in India but the company presents it as a global model, due to which it is sold in countries like South Africa, Nepal, Bhutan, Bangladesh, Sri Lanka, Brunei, Uganda, etc. This production figure gets even bigger keeping in mind the Covid and chip shortage.

However, if seen, the company has delivered only half the units on demand and about 50,000 units are yet to be delivered. The car has been well received by the customers for its great looks, modern features and low maintenance, now its safety rating information has been revealed in February and it has got a 4-star rating in the Global NCAP crash test.

The Nissan Magnite is rated 4 stars and a maximum score of 17 in adult safety. The car was tested in a frontal offset crash test at a top speed of 64 kmph, which did not include side impact testing. However, some flaws have been found in the chest area of ​​the driver’s side dummy. On child occupant protection, Magnite has scored only 2-stars.

So far 7651 units of Magnit have been sent out. Nissan has sold 6662 units of vehicles in February 2022, the company has sent 2456 units and exports 4206 units in the domestic market, in which Magnite is a major contributor. The company can increase production in the coming days if the supply of chips is better.

The Nissan Magnite has been a successful model for the company in the Indian market, and in order to add a 7-seater model to its portfolio, the company is looking at a 7-seater version of the Magnite. The company is not going to change its design or size and in such a situation is going to provide a very tight space for the customers, the company can also export it to other countries.

Some time back it was reported that the company is planning to bring a smaller 7-seater vehicle and it was believed that the company could bring a 7-seater model inspired by the Triber but a bigger model based on it was a risk. At the same time, bringing a completely new model would have cost more and in such a situation it could also have been a big risk. In such a situation, the company is going to bring a 7-seater based on the successful model Magnite.

According to sources, there will be no change in its body style and bench seat will be installed at the rear, while the second row will be modified and the folding function will be given to make it easier for those going to the third row. Along with this, the function of sliding will be given in it so that the leg space of both the rows can be taken care of. At the same time, the facility of folding the third row will be given.

This is a great figure for Nissan, the company’s magnets have helped them rise again in the Indian market. This compact SUV is being liked by all types of customer segment, now it has to be seen when the deliveries speed up.