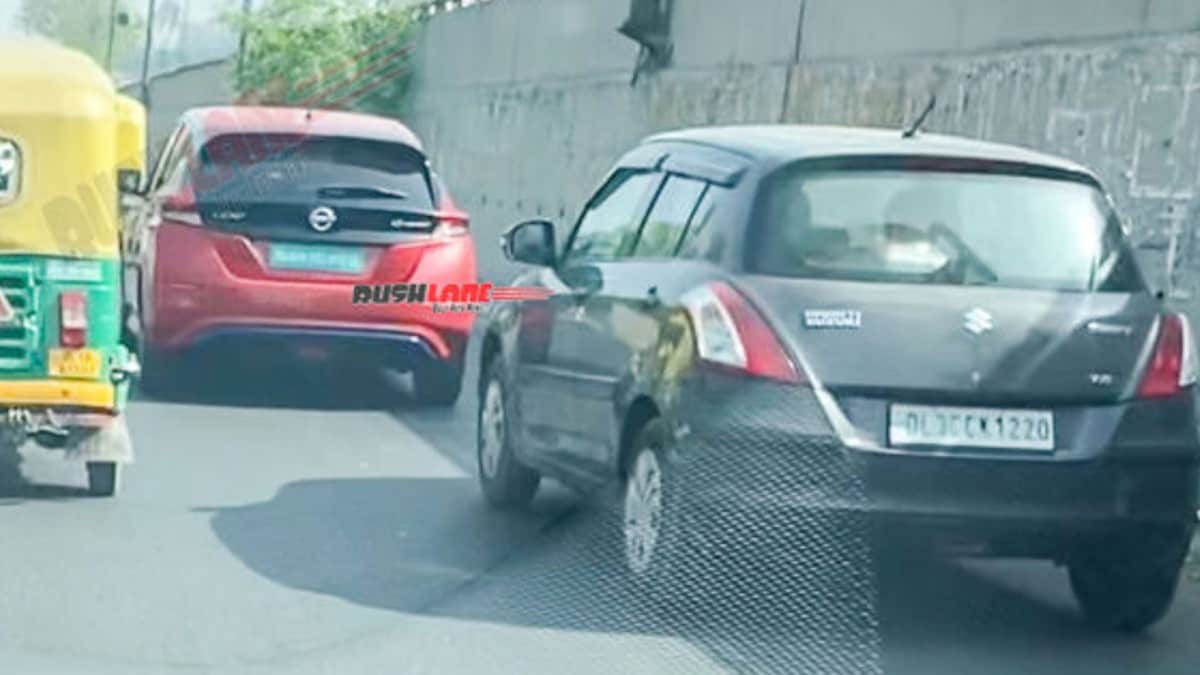 Electric car is now becoming the priority of the people. Rising petrol prices and the government’s efforts to develop a clean energy transport system are prompting every consumer to switch to an electric car. Now Japan’s top car company in this segment, Nissan (Nissan) can launch its electric car in India soon. This car is likely to come to India under the name of Nissan Leaf. The company has not announced its launch yet, but recently a Nissan model has been spotted in Delhi NCR. This indicates that the company may soon make an announcement regarding its next electric vehicle. The thing to be seen here will be whether this car spotted will be the same car that the company is preparing to launch as its upcoming electric car in India.

A Nissan car was recently captured by a person named Swaroop Mishra in his camera in Delhi-NCR. Regarding this, Rushlane made a Report It has been published that this could be the company’s next car to be launched in India. Even before this, testing photos of Nissan Leaf have surfaced many times.

It is being said about the Nissan Leaf electric car that its design will be quite premium. It will be equipped with Advanced Driver Assistant System (ADAS) along with many modern features. A 40 kWh lithium-ion battery can be seen in the car. It will be an EM57 battery which will be quite powerful. Regarding the range of the vehicle, it is being said that in a single charge, the car can give a range of up to 240 km. The capacity of its electric motor is said to generate 146 bhp power and 320 Nm torque.