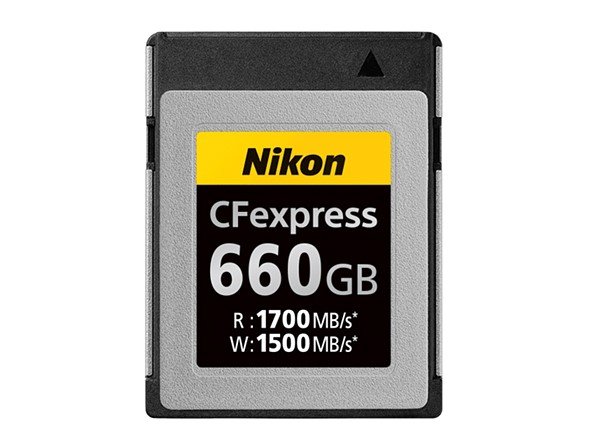 Nikon recently announced the release of firmware updates for the Z6 II, Z7 II and Z9 cameras. In these updates, special attention is paid to expanding the capabilities of these cameras in terms of video recording. In addition, the Japanese manufacturer announced sales of its first CFexpress Type B memory card.

The 660 GB Nikon MC-CF660G CFexpress Type B Memory Card features a maximum read speed of 1700 MB/s and a maximum write speed of 1500 MB/s. According to the manufacturer, this card is “optimized for intensive video and photography with high-end cameras such as the flagship Z9 mirrorless camera.”

The new memory card should be available this June for a MSRP of $730. By comparison, this price is $100 more than the 1TB Delkin CFexpress Type B card, which has slightly higher maximum read and write speeds of 1730MB/s and 1540MB/s respectively. Pre-orders for Nikon MC-CF660G CFexpress Type B 660 GB Memory Cards are already open.