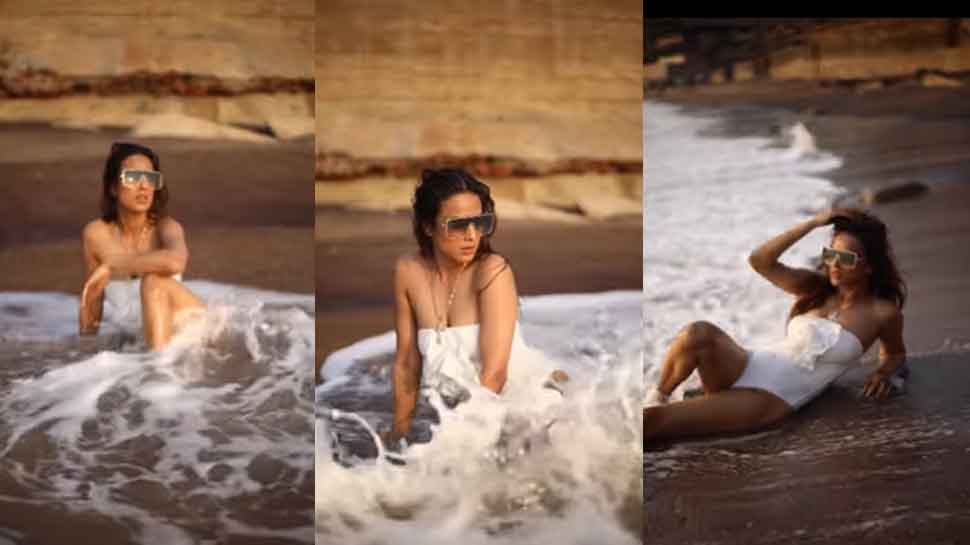 Nia Sharma Bikini Photoshoot: Nia Sharma is seen in music videos these days but she is currently away from the serial world. In such a situation, he has found a way to save his ending career.

Nia sharma Video: Nia Sharma is one of the beautiful, stylish and boldest actresses of TV. Whose pictures often make people sweat. But at this time he is also very worried about his ending career. Nia has not been seen in any serial for a long time. But it is necessary for any actress to remain in the limelight so that people remember her. In such a situation, Nia knows this trick very well. That’s why even after being absent from the TV world, Haseena continues to dominate the social media. Now once again she has reached…close to sea, water and bikini.

charming style seen on the seashore
Nia Sharma has once again reached the sea shore where everyone is getting clean bold after seeing her charming style. Nia is seen wreaking havoc in a white colored monokini. With her glamorous look, she has increased the heartbeat of the fans. Nia Sharma had reached Goa this time on the occasion of New Year, where on seeing the sea, she was so mesmerized that even the onlookers lost their senses.

Fans are also commenting fiercely on this video of Nia. Some are calling her hot while others are not tired of praising Nia’s beauty.

slow moving career
Talking about Nia Sharma’s career, Haseena’s career seems to be running sluggish for a long time. Nia Sharma was seen in Khatron Ke Khiladi in 2020, while this year she appeared in Jhalak Dikhhla Jaa. But apart from these, she has not appeared in any show. In 2021, she was neither seen in any show nor on OTT. Somehow his career is going on with the help of music videos.