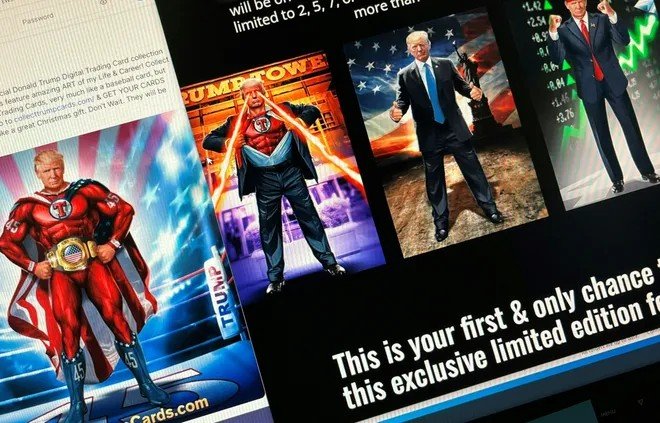 Last week we wrote about 45,000 non-fungible tokens went on sale on the official website of the NFT Trump Digital Trading Cards series. The tokens were selling for $99 each and quickly sold out. Thus, Trump has already earned a considerable $4.5 million.

A number of newly minted NFT owners decided to immediately resell them on the OpenSea site in order to lock in profits. The tokens have started to be in high demand, and the volume of token trading has already reached almost $6 million. Their minimum price has jumped to 0.52 ETH (approximately $620 at the current exchange rate), respectively, the value of NFT has skyrocketed more than six times in three days.

And this despite the fact that the collection was suspected of using other people’s pictures with little use of a graphics editor. Some of the images were found on Amazon and Walmart platforms. And the basis for the NFT with Trump the astronaut was found on the Shutterstock creative platform.

The most expensive NFT from Trump’s collection was token #5809, which depicts the politician in a tuxedo. Last weekend, $43,866 was paid for this token. On the second line in this indicator is the asset at number #1533 with Trump in a Santa Claus hat. This token was sold for $24,006.