Next-Generation Audi RS6 Will Get Plug-in Hybrid, Know Will It Be Launched In India? 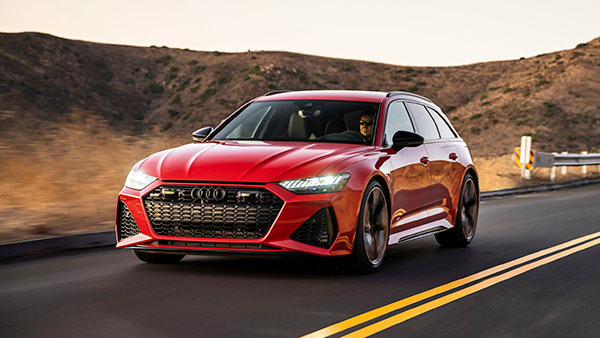 Let us tell you that this year also marks the 20th anniversary of the high performance variant of the Audi A6. According to a report, Audi’s head of research and development, Stephen Riel, has confirmed that “while this hybrid version is the way to go in the next generation, I can tell you there will be more hybridization.”

He added that “this is our path towards fully electrified cars.” However, Stefan Riel did not specify the details of the hybrid powertrain. Reel also noted that “the hybrid system, first of all, means that there will be extra parts to come in the car that need to be packed.”

He further added that “the system certainly gives the driver more possibilities in driving mode, and drivers can use electrification at some of the weak points of their combustion engine.” Reel further stated that “when the third-generation RS6 (codenamed C7) was introduced, the CO2 emission norms became stricter.”

He said that “Audi shortened the engine from the V10 to the twin-turbo V8 engine.” German carmaker Audi has previously confirmed that it will stop developing and producing internal combustion engines from 2026, although Audi has yet to confirm the timeline.

The company has not given information on when it will start selling the EV specifically. The company also plans to introduce 20 new electric models by the year 2025. The current Audi RS6 comes with a 48V mild-hybrid system, which is paired with a 4.0-litre twin turbo V8 engine.

It is worth noting that this system is available as an asset only and the engine features an on-demand cylinder, which can switch off half the cylinder for better fuel economy. This engine provides 600 hp of power and 800 Newton meters of maximum torque.

This engine power is sent to all four wheels, with a 40/60 split between the front and rear axles, via an 8-speed automatic gearbox. Although the latest Audi RS6 is not sold in India, its companion car RS7 is on sale in India.