New Yamaha FZ-15 Revealed, Not Only Petrol, It Will Be Filled On Ethanol Also Know When Will Be Launched 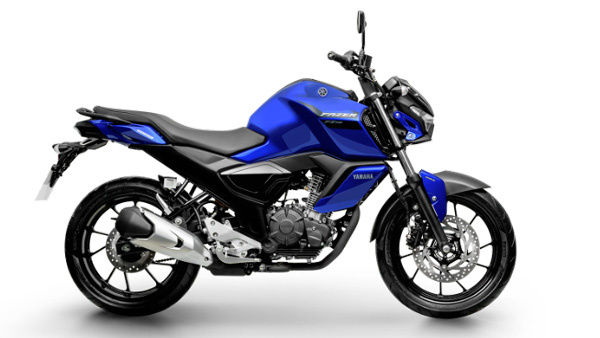 The biggest change in the bike has been done in its styling. The front of the bike now gets an updated headlamp setup which is similar to the FZ25 sold in India. However, the rest of the styling remains the same as the FZ V3 that is available in India. The new Yamaha FZ-15 gets a fuel tank with faux air vents, a single-piece seat, a small tail lamp and a small stylish exhaust to complete the rear end.

Yamaha has used Pirelli Diablo Rosso 2 tires as standard in the new FZ-15. The manufacturer has also reduced the fuel tank capacity to 11.9 liters, while the ground clearance and length of the 2023 model have been marginally increased.

This bike has a 149 cc single cylinder flex fuel engine which can run on petrol and ethanol. This bike can also be run completely on ethanol. This bike provides 12.4 bhp of power and 12.7 Nm of torque output. However, this bike used to provide torque of 13.3 Nm earlier.

The bike gets 17-inch wheels with disc brakes as standard on both. The Brazilian and Indian versions of the Yamaha FZ-15 weigh 135 kg. The new Yamaha FZ-15 is being offered in three color options – Racing Blue, Midnight Black and Magma Red.

The new Yamaha FZ-15 can be launched in India next year. However, whether it will be a flex fuel bike or not, its information has not been revealed yet. When launched in India, the 2023 Yamaha FZ-15 and FZ-S will compete with the Bajaj Pulsar N160, TVS Apache RTR 160 4V and the Suzuki Gixxer.

Yamaha had revealed the prototype models of its new electric scooters Neo and E01 for the international market in March this year. The company is currently developing both the scooters and the final model will be introduced soon. Both these scooters are going to be the company’s first electric scooter.

According to the information, the range of both these scooters can be more than 100 km. At the same time, many new advanced features can also be given in it. The e-scooter can be launched as a ride-sharing vehicle in the cities of Europe. Yamaha E01 can also be brought to the Indian market, as the company recently filed its trademark in India.