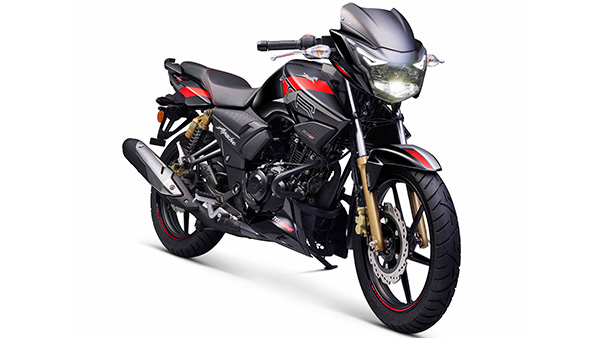 At the same time its weight was 141 kg. Now this bike provides 17 bhp power and 15.5 Newton meter torque and its weight has been reduced by 1 kg. Now riding modes have been given in 160 and 180, which was earlier available only in 200 4V. It has three modes – Rain, Urban and Sport. Along with this, dual channel ABS, slipper clutch and new fuel injection system have been given in them.

TVS claims that 28 features have been added to both these bikes. It gets TVS’s SmartXonect system with Bluetooth connectivity that offers features like turn by turn navigation, race telemetry, call/SMS notifications, gear position indicator, lap timer, adjustable brightness and crash alert system.

These include 120-section Remora tires at the rear and fancy chain drive at the rear. Talking about the changes in the design, they have been given a new LED face, different LED DRL pattern, new rear taillight and 3D LED elements. Both the vehicles have been made available in Matt Blue, Racing Red, Gloss Black, T Grey and Pearl White color options.

TVS keeps on introducing new products but in the festive season two models of the popular Apache series have been updated. The new TVS Apache 160, Apache 180 is now available in many options, now it has to be seen how much better it sells.