New Triumph Tiger Sport 660 to be launched in India soon, know what are the features 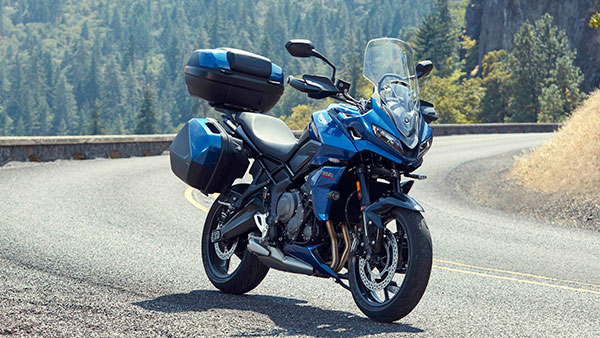 The new Tiger Sport 660 was introduced in India in October last year and has now been listed on the company’s website as well. The Triumph Tiger Sport 660 is a sports tourer bike that can be used both as a commuter and as a tourer. This bike comes with aggressive design and framing.

In terms of sports tourer bike, it has been given a better aerodynamic design. The front and rear of the bike have been kept slim to reduce the air pressure while driving. The bike gets dual tone side body panels, under belly exhaust and semi-faired design. It gets split dual LED headlamps, a large transparent windscreen at the front, LED tail lights and single piece seats.

The bike gets dual disc brakes at the front and single disc brakes at the rear. Apart from this, there is an upside down telescopic fork at the front and monoshock suspension at the rear. Side and rear luggage boxes have been made available as accessories for carrying luggage while riding. Apart from this, a wrist guard has also been given on the handle.

Talking about other features of the new Tiger Sport 660, it has been given TFT instrument console, Bluetooth connectivity, two riding modes (rain and road), traction control and switchable ABS. This bike uses the chassis of Triumph Trident and is built on the same design platform.

Coming to the engine, the new Tiger Sport 660 uses a three-cylinder 660cc liquid-cooled engine. This engine generates 81 bhp power and 64 newton meter torque. The engine is mated to a 6-speed gearbox and optional up/down quickshifter.

The new Triumph Tiger Sport 660 will take on the Kawasaki Versys 650 and Suzuki V-Storm 650 XT once launched in India. In India, it can be launched in three color options at an ex-showroom price of Rs 8-9 lakh.