New Toyota Glanza is ready for launch, price may be announced in March 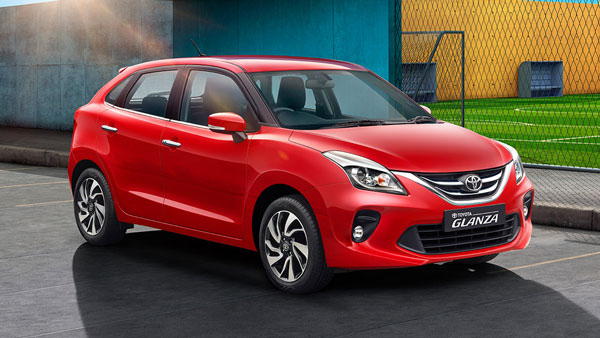 Recently the new Baleno has been brought and it has been rebadged and brought to the Indian market as Glanza. Like before, this time also the facelift model can see changes in the front part of the Glanza. There are many minor changes to its side and rear, along with new fenders and taillights. Along with this, newly designed alloy wheels are also seen in it.

The shape of the tail light has been kept the same but new inserts can be seen in it. The front part also sees major changes and the Glanza is going to come with a new design, its DRLs will also be given a different styling. At the same time, Toyota can also give a separate grille design in it. Some similar changes can be seen in the interior as well.

The upholstery can be kept in a new colour, though the dashboard will be kept the same as the new Baleno. It will also get free standing touchscreen, new control buttons, new instrument cluster buttons. On the other hand, like Baleno, new features like heads up display, 360 degree camera, six airbags etc. can be given in it, it is also going to be more secure than before.

Like the Baleno, engine changes can be made in this too. The 1.2-litre DualJet petrol engine can be given in the Toyota Glanza, which comes mated to a 5-speed manual gearbox and AMT gearbox. The company can keep its variant option limited as before and make it available in the option of mid and top variants only.

While most of the dealers have sold their inventory, only a few are offering the hatchback with attractive discount offers. This has been a successful model of the company and has been well received by the customers, it is to be known that it is manufactured by Maruti Suzuki itself and then sent to Toyota dealers. It has become one of the best selling cars of the company.

In the month of February itself, the company has increased the prices of Glanza hatchback and Urban Cruiser compact SUV. While the prices of Toyota Innova Crysta and Fortuner were hiked last month, the Glanza and Urban Cruiser pair have become costlier from this month onwards. The price hike of the models has been done according to the variant. Prices of all variants except the G Hybrid trim of the Toyota Glanza have been hiked by Rs 21,000. The price of the G Hybrid variant has been increased by Rs 45,000.

The price hike will range between Rs 4,400 to Rs 17,500 depending on the variant of the Urban Cruiser. Talking about the Urban Cruiser, this SUV is available in three trims – Mid, High and Premium. The Urban Cruiser is powered by a 1.5-litre petrol engine that produces 103 Bhp and 138 Nm of torque and is mated to a five-speed manual and a four-speed torque-converter automatic transmission.

Toyota Glanza was well received by the customers and in such a situation, prospective customers are waiting for its facelift model, now it has to be seen how much it is priced this time. Last time it was kept higher than Baleno.