New Toyota Glanza facelift can be launched in March, know what changes are going to happen 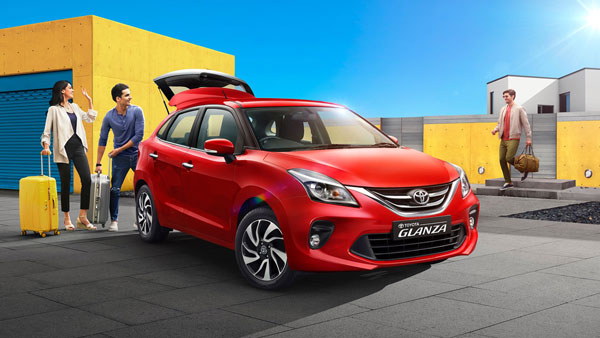 Due to this information is coming out that Toyota Glanza can also take the avatar of the new 2022 Maruti Baleno. While most of the dealers have sold their inventory, only a few are offering the hatchback with attractive discount offers.

Like the upcoming 2022 Maruti Baleno, the new Toyota Glanza will get a new front fascia, which will get redesigned alloy wheels. Apart from this, there is a possibility of getting new bumpers at the front and rear as well.

Apart from this, talking about the interior, this hatchback can be loaded with a new free-standing touchscreen infotainment system, new controls for the HVAC system with rectangular aircon vents and a flat-bottom steering wheel.

Apart from this, the new Toyota Glanza gets the existing 1.2-litre naturally aspirated petrol engine, with which the idle start/stop function is available. This engine produces 82 Bhp of power and 113 Nm of peak torque, similar to the Maruti Baleno engine.

However, it is expected that a change can also be seen in the power production figures of this engine. Information about this will be revealed along with its launch. Upon launch, the Toyota Glanza will compete with the Hyundai i20, Tata Altroz, Volkswagen Polo, Honda Jazz, and Maruti Baleno in the Indian market.

Let us tell you that recently Toyota Kirloskar Motor has released its January 2022 sales figures. According to the data, the company’s sales have been 34 percent higher than last year and there has been a decline of 32 percent in comparison to December.

Talking about the month-on-month sales, the company has also seen a decline in sales, as Toyota Kirloskar sold 10,832 units in December 2021. Sales of Toyota Innova Crysta and Toyota Fortuner have been steady.