New teaser of Volkswagen Virtus sedan released, may launch in the middle of the year 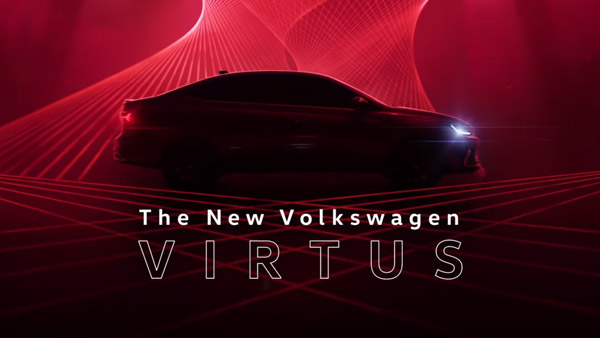 At the same time, its sales are expected to start from mid-May 2022. The company had released a teaser some time back and now once again the company has released a video teaser of the new Vitus. The new Volkswagen Vitus has been named by the company as “The New Global Sedan”.

The car is built on the company’s MQB-A0-IN platform, on which the company’s existing Volkswagen Taigun, Skoda Kushaq and Skoda Slavia are also built. After all these cars, this is going to be the fourth car to be built on this platform.

The company has also released some teasers before this sedan, in which its headlight, front part including DRLs were shown. Now the company has shown many parts of this car. It has been designed keeping in mind the Indian customers, so the convenience related to the customers can be seen.

It has a grille with two slats in front, along with two projector headlights, with LED DRLs. Large air dam and halogen headlight can be given in the front. Along with this, the side part is also to be given a similar look, it will be kept longer than the earlier models.

The company had earlier revealed that the production of Volkswagen Vitus will follow a policy of 93 percent localization, under which the company will use parts made in the domestic market. Vertus is going to be 4,482 mm in length, 1751 mm wide, 1472 mm high.

This car is going to be 92 mm longer, 52 mm wider, 5 mm higher than the current Volkswagen Vento. Its wheelbase is to be kept at 2651 mm, which is 98 mm more than the Vento. This model of the company received a great response in the markets of other countries.

This engine can provide 150 bhp power and 250 Newton meter torque. In terms of transmission options, it will include a 6-speed manual gearbox, 6-speed automatic torque converter and a 7-speed DSG automatic unit.