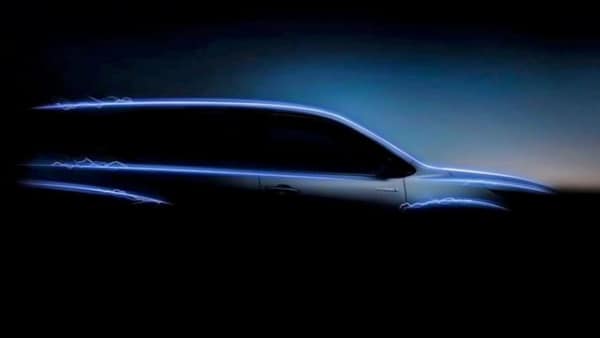 Large wheel arches and character lines can be seen in the side part of the Toyota Innova High Cross, due to which it looks very powerful. Talking about its look, the Toyota Innova High Cross will get a hexagonal grille, while it will get wide headlight with L-shaped insert, crease on the bonnet, fog lights on the bumper. This MPV will get 10-spoke alloy wheels, horizontal tail light with LED brake light at the rear.

Its interior has not been revealed yet. The patent that has surfaced suggests that the Innova High Cross will get a panoramic sunroof. However, this may reduce the strength of Innova a bit. On the other hand, the Innova Highcross will come with a large touchscreen infotainment system, a 360-degree camera, wireless charging, a second row captain seat and a host of comfort features.

The ADAS feature will be given in this MPV with the help of Toyota Safety Sense platform. It gets road sign assist, automatic high beam, lane departure alert, proactive driving assist. The Toyota Innova High Cross will be built on a monocoque architecture and front wheel drive layout. At the same time, it will be prepared on the TNGA-C platform.

Toyota Innova High Cross is going to be a premium vehicle and its launch is going to happen in January. After that its delivery will also start soon. Notably, it will be sold side-by-side with the existing Innova Crysta, not the older model. At the same time, Maruti Suzuki will launch its rebadged version.