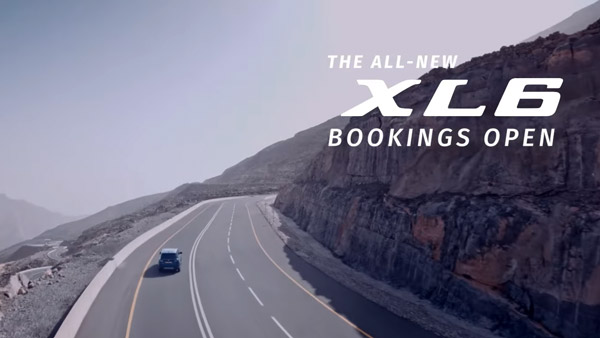 But before its launch, the company has released a new teaser video of its MPV. The brand ambassador – Ranveer Singh can be seen in this teaser video and also the newly designed front grille of this new MPV is also shown.

The front and rear bumpers will also be revised. It has also been confirmed in this video that the new 2022 Maruti Suzuki XL6 will use a new 6-speed torque converter automatic gearbox with paddle shifters. It will replace the existing 4-speed automatic transmission.

Some time ago information about the variants of this car was revealed. According to that information, the 2022 Maruti Suzuki XL6 will be offered in two trims – Zeta and Alpha, just like the model currently being sold. Both the trims will be offered with the option of an automatic gearbox.

On the other hand, a standard 5-speed manual gearbox will be used in both the trims. In this way, this car will be launched in a total of four variants. By the way, Maruti Suzuki is not going to give the option of CNG variant to this car at the time of launch.

Sold under the NEXA dealership, the company is going to offer this MPV with some cosmetic changes, updated engine and more safety features. Currently, the Maruti XL6 comes with automatic climate control, LED fog lamps, cruise control and auto-folding ORVMs.