New Startup Plans to Connect Earth, Moon and Mars with Fast Internet The first stations should appear near the Moon by 2024 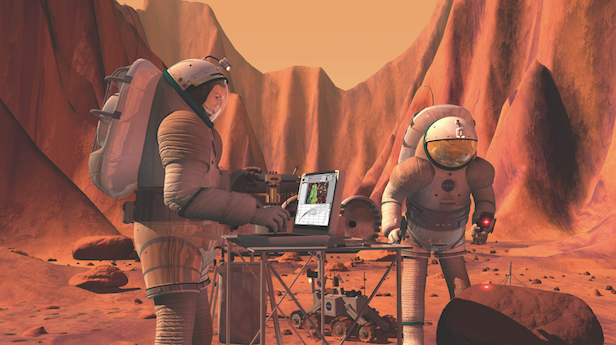 The Space Internet Project, which is in its early stages, recently received $650,000 in seed funding to provide broadband connectivity between the Earth, the Moon, and possibly Mars.

Aquarian Space announced on March 17 that it has received funding from Draper Associates to provide high-speed internet between Earth, the Moon and Mars in the coming years, fast enough to stream 4K video. The company plans to deploy its first lunar communications system by 2024.

Aquarian said in a statement that the company plans to build a system it calls Solnet built on “commercial satellite networks with high data rates and high-speed delivery” at 100 megabits per second.

In addition to high-speed Internet, Aquarian says it plans to include space information in its plans, such as observing space debris, tracking space weather, and providing scientific information from the Moon and Mars.