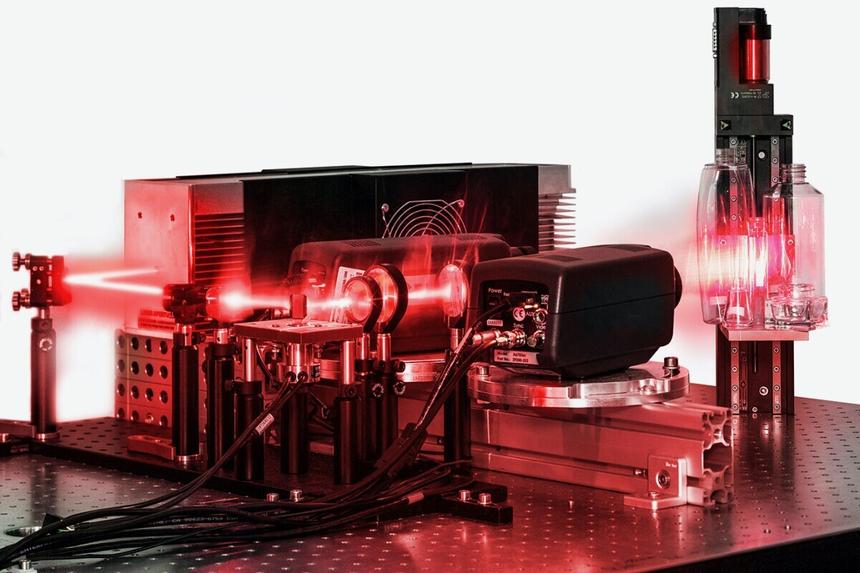 Robots and other automated systems have always had difficulty visually determining the three-dimensional shape of transparent objects, such as those made of glass. The new system solves this problem by using a laser to rapidly heat the desired surface.

During “fractions of a second” the laser moves over the entire surface of the object, slightly heating it. There is no risk that the object will melt or burn, as it only heats up by 3 ºC.

Although the absorbed thermal energy is stored in glass or other material for only a short time, this is enough for two cameras to simultaneously record changes in the thermal characteristic of an object from two angles. This data is analyzed by a computer system, which can then determine the three-dimensional shape and size of the object.

Along with transparent materials, the technology can be used to image hard-to-scan materials such as highly reflective materials or solid blacks.

Glass360Dgree will be presented at the Hannover Messe industrial fair.