New pictures of Volkswagen Virtus released, this sedan will be presented on March 8 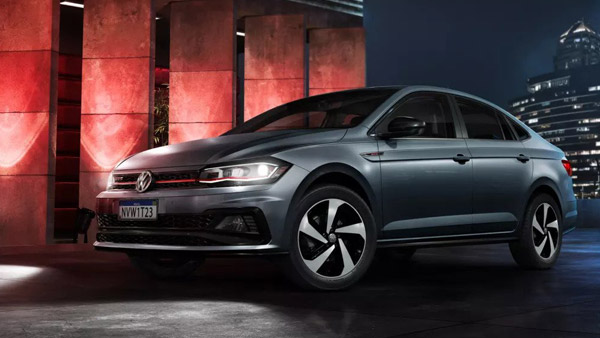 Volkswagen Virtus is expected to be launched in the middle of this year, with the company having already released some teasers of this sedan, which showed its headlight, front section along with DRLs. Now that the company has shown its name, this model is going to replace the Vento in the company’s Indian lineup. It has been designed keeping in mind the Indian customers, so the convenience related to the customers can be seen.

It has a grille with two slats in front, along with two projector headlights, with LED DRLs. Large air dam and halogen headlight can be given in the front. Along with this, the side part is also to be given a similar look, it will be kept longer than the earlier models. The Volkswagen Virtus is to be built on the company’s MQB A0 IN platform.

The Volkswagen Vertus will be manufactured at the company’s plant in Chakan (Pune). Internationally, the Volkswagen Vertus is on sale only in Brazil. It has been replaced by the Vento, a sedan version of the sixth generation Polo hatchback. The company had earlier revealed that the Vertus will follow a 93 per cent localization policy in its production, under which the company will use components made in the domestic market.

The Vertus is going to be 4,482 mm in length, 1751 mm wide, 1472 mm high which is 92 mm longer, 52 mm wider, 5 mm higher than the Vento. Its wheelbase is to be kept at 2651 mm, which is 98 mm more than that of the Vento. This model of the company received a great response in the markets of other countries and due to which its facelift model is now being brought to India.

Talking about the Volkswagen Vertus, it can be brought with the 1.0-litre TSI turbo petrol engine. This engine can provide power of 110 bhp. Apart from this, a 1.5 liter engine will be given which can provide 150 hp power and 250 Newton meter torque. Transmission options will include a 6-speed manual gearbox, 6-speed automatic torque converter and a 7-speed DSG automatic unit.

Volkswagen Vertus will get a 10.25-inch digital instrument cluster, large touchscreen VW infotainment system, Android Auto and Apple CarPlay support, connected car technology, automatic climate control, keyless entry, front and rear parking sensors, etc. Along with this, some new and modern features and equipment can be added to it so that the young customers can also be wooed.

The Volkswagen Vertus is to come with an attractive design and the company has presented its look. The company is going to bring its facelift to the Indian market. Now it has to be seen how much its price is kept.